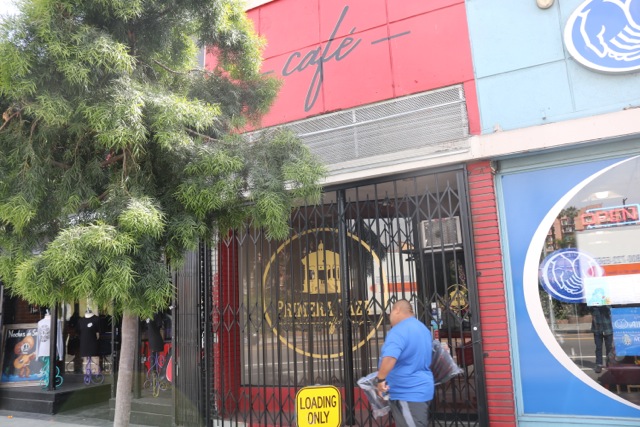 Less than a week after losing its lease on its former First Street locale, Primera Taza is reopening under a modified name at a new home in Boyle Heights’ Arts District.

The business announced changes through social media, where earlier this week it posted a photograph with a sign announcing the name El café by Primera Taza. The social media accounts have a new handle as well: @elcafebyprimera.

A later post announced a “soft launch” on Friday and confirmed the location inside Fixé Studio, a business at 622 South Anderson Street, on the Eastern edge of the Arts District and near some of the galleries that have been protested by anti-gentrification groups in Boyle Heights.

Posts did not indicate if this was to be a permanent home to the coffee shop, which had operated on the First Street business corridor since it opened in 2009. The shop closed on the last date of its lease, on Saturday, March 31, and was vacated soon thereafter.

Primera Taza reportedly lost its lease because of a feud between former partners Chuy Tovar and Antonio Segoviano, who took over the coffee shop in 2015. Tovar said Segoviano did not notify him before telling the property owner that he would not take the option to renew the three-year lease.

Property owner Bob Akhavan said he was able to lease the locale soon after receiving notification from Segoviano and that he expected the new leaseholders to post signs announcing the new business shortly thereafter.

On Friday, the spot at 1850 1/2 East 1st Street remained vacant with Primera Taza’s distinctive logo still visible on the window, behind locked gates. An attempt to reach Akhavan was unsuccessful.

The popular shop closed days before it is to be featured in the new Spanish-language series “Emprendedores” on the Discovery en español cable channel. Tovar said the Primera Taza episode was scheduled to air on Sunday, April 8 –no word on whether or not the network changed broadcast plans.