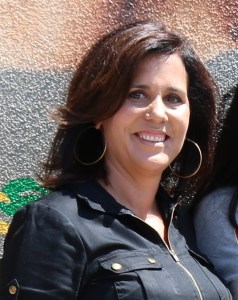 Richelle Huízar will no longer pursue the City Council seat occupied by her husband José Huizar, who is facing two lawsuits and whose home and offices were raided this month by the FBI, the Los Angeles Times reported Wednesday.

The Times said Richelle Huízar released a statement saying she was dropping out of the race to focus on her family.

“I am eternally grateful for the support that I have received since announcing our campaign in September,” she said in the statement.” “I look forward to continuing to work on issues I’m passionate about and staying involved in improving our communities.”

The announcement came a day after the Councilman attended his first Council meeting since the Nov. 7 raids.

Pretty dramatic turnaround for Richelle Huizar. Just two months ago, she was seen as an extremely formidable contender for her husband’s council seat https://t.co/cG57Y526Dt

Last month, two former staffers filed lawsuits against José Huízar, claiming he was involved in an extramarital affair with an aide and engaged in potentially unethical activities.

Huízar has said the allegations are false and part of a political attack.

On Tuesday, the Councilman refused to answer reporters’ questions, saying repeatedly that he had shown up to do his job.

Looks like Huizar is back, he’s not taking any questions though. ? https://t.co/EeKPBMCF9P