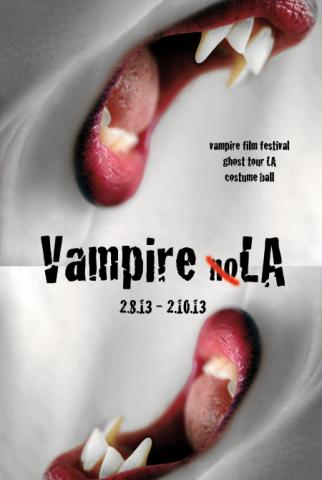 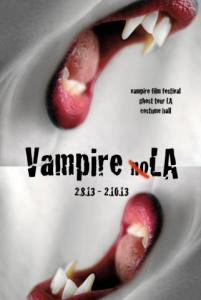 After almost ten years in New Orleans, the Vampire Film Festival returns to Los Angeles this weekend to celebrate all that encompasses the dark and gothic arts.

Eighteen films by 18 different filmmakers will light up the screen at Little Casa Theatre in Boyle Heights.

But the three-night event doesn’t only bring film. Those who dare can also catch live music, a costume gala, and a ghost tour at Linda Vista Hospital.

Festival Executive Director Asif Ahmed shares a few details on what participants can expect and describes vampires as romantic and misunderstood heroes in the Q&A below.

BHB: Why a film festival about Vampires?

AA: Vampire films have always spanned a wide range of genres, not all of them are horror. In fact, some of the best vampire and mythic horror films are tragic dramas or comedies. We also view Vampires/Werewolves as mythic heroes very similar to comic book super heroes- think Batman. Humans are affected by some virus, bite, etc., they go through a transformation, develop new abilities and must keep their identity secret.

Vampires have a romanticism about them and exist in various forms in different cultures. We are showing the Filipino documentary the Aswang Phenomenon about a blood sucking creature in the Philippines.

BHB: What can we expect from the Vampire Film Festival?

AA: Our festival is a celebration of the dark and gothic arts. It’s three nights of films, costume galas, live music, the Vampire Ballet coming in from Phoenix will perform nightly at 9:30pm.

BHB: How were films chosen?

AA: Films go through an extensive selection process. All are viewed and decided among a committee. Our film programmer is a notable film critic on Film Week. For the VFF we always love to see how filmmakers bring new elements to the genre or myth. Can these vampires go in sunlight? Do they need to be invited in?

This year we have comedies, dramatic features and a wide variety of shorts.

BHB: Why hold the VFF at Little Casa in Boyle Heights?

AA: We love the theatre. It has a gothic feel. Boyle Heights is one of the most haunted parts of Los Angeles and our vampire brethren felt at home. We feel it’s a cool, upcoming part of the city, gold line-friendly and we hope to make it an annual tradition.

BHB: Tell me about the Linda Vista Ghost Tour, how did you manage to incorporate that to the festival?

AA: In New Orleans we always have ghost tours. Our festival celebrates Vampires, Ghosts, Werewolves, Witches and Mythic Horror. We feel this will be a great additional to our event.

BHB: What’s the most interesting thing about Vampires?

BHB: Who wins? Vampires or zombies?

AA: Vampires win. [They have] more class and can easily outsmart a zombie.

The Vampire Film Festival runs from Feb. 8-10, 2013 at the Little Casa Theatre 2009 E. 1st St.
Los Angeles, CA 90033
Tickets to all events except the Ghost Tour are $8 in advance or $10 at the door.
Click here to buy a festival pass.
For full festival schedule and showtimes, visit www.vampirefilmfestival.com