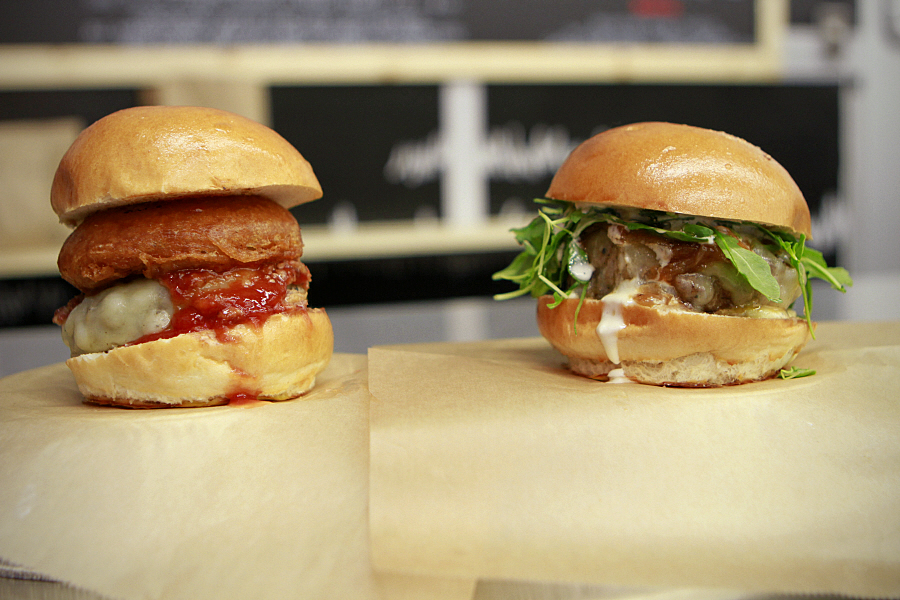 The best burger in Boyle Heights will no longer be found at Vaka Burgers.

Vaka Burgers is leaving its Boyle Heights location at the end of the month. That means Chef Aaron Pérez’s will no longer be serving his unique burgers –like El Porky or the PaTo LoCo– at a counter in a back corner of Ramírez Liquor on Olympic Boulevard.

Pérez and co-owner Esmeralda Sánchez are leaving the location over an apparent spat with their landlords, brothers Carlos and Alex Ramírez.

Alex Ramírez told Boyle Heights Beat that Sánchez and Pérez had been given a three-day notice to pay or quit on Thursday, May 4 –but later confirmed that the tenants paid the rent by the May 9 deadline.

Sánchez said that she and Pérez became disillusioned when the landlords informed them that they would be showing the spot to potential new tenants, and decided to accept a previous offer from a bar owner in Whittier.

On May 5 Vaka Burgers announced through social media that it will be leaving Ramírez Liquor and relocating at “the beginning of June” to The Real McCoy’s, a bar on Philadelphia Street in Uptown Whittier where customers will be able to buy beer and consume it with the food.  A post on Vaka Burgers’ Instagram account says the business “will be back at a different location in Boyle Heights in the future.”

Make sure you stay up on game about our relocation for the Boyle Heights location as we will be moving it to @real_mccoys the beginning of June 2017. We will be serving beers and plenty of sitting. Further details coming! #whittier here we come!! Thank you for all the love for the past 2 years to our Boyle Heights family and friends. Sad and it feels good to relocate, but we will be back at a different location in Boyle Heights in the future. #awesome #tvchefs #truecooks #truecooksstreetteam #Repost #vakainc #vakafix #ktla #yolo #realrecognizereal #hatersgoingtohate #GodSentMeHereToInspireYou #greatburgers #grassfed #straightouttaboyleheights #partsunknown #whittier #westcoast @chente_tattoo

Vaka Burgers is closed on Mondays and Tuesdays, but it reopened for business as usual on Wednesday May 8. Sánchez told BHB that the business will remain at the Boyle Heights location through May 28 and reopen in Whittier on June 2.

Sánchez and Pérez are still  working on an upcoming stand-alone business, on Beverly Boulevard, in Echo Park. And Sánchez confirmed that the pair is “waiting to close a deal on 9th and Broadway” to open another location downtown, as originally posted as an Instagram reply to DTLA Explorer.

Boyle Heights Beat food writer María Arredondo raved about Vaka Burger’s offerings, saying no other place in the neighborhood included ingredients like brie, pork belly or duck confit in their sandwiches. But some social media users said the burger prices –which ranged from $11 to $13, without fries– were too steep for many Boyle Heights residents.

The closure of the Boyle Heights restaurant was first reported by the online publication Eater LA.

Photo above by Arthur Ramírez for Boyle Heights Beat.

This post was rewritten on May 9 with new details and updated information. It was updated with new information on May 12.