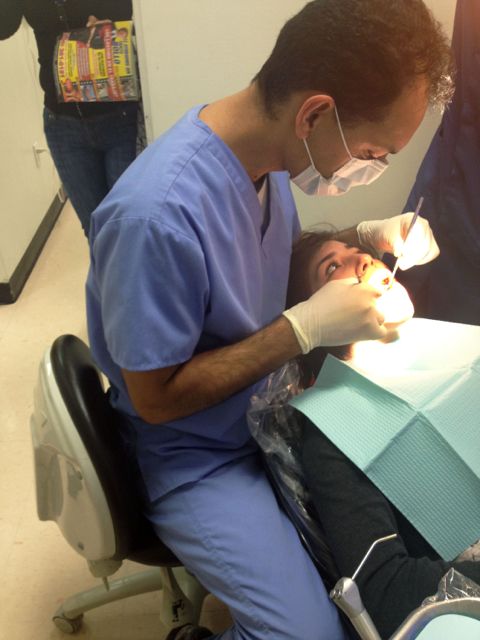 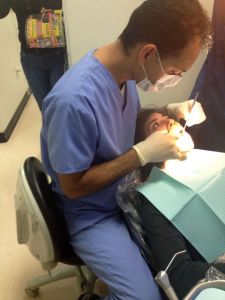 The last trip Cuauhtzin Gutiérrez took to the dentist was fairly typical. He walked into what he described as a small, clean office to find a professional and friendly dentist. He had a routine dental cleaning and a good experience. However, the trip wasn’t to a clinic around the corner. It was in Tijuana, México.

“I always had this preconceived notion that going to the dentist in Tijuana is kind of sketchy,” said Gutiérrez, 25, who lives in Monterey Park.

In working class Latino neighborhoods like Monterey Park and Boyle Heights, where many lack dental insurance, some people have come up with other solutions for getting treated. As an alternative to spending thousands of dollars on dental work, many go to the other side of the border to cities in Baja California such as Tijuana and Ensenada.

“They come because, in the first place, treatments are more expensive in the United States. I’m probably talking about 30 percent higher cost in comparison to here,” said José Arturo Ramos Nava, a dentist from Ensenada, who has practiced dentistry for 32 years. “In the U.S., a porcelain crown can cost $600 or more and here in Mexico we may charge between $200 and $260, depending on the quality of the dental material.”

The average cost of a filling at a dentist office in L.A. is about $165, according to brighter.com, a monthly fee for service website that helps people save money on dental treatments. At a dentist office in Tijuana it’s about $50 according to SmileTijuana.com, a promotional site for a Tijuana dental office. Crowns and bridges are some of the common procedures for which many people would rather go to México since they are too costly in the states. Because these procedures are often more complicated to perform, it can be riskier to do it across the border.

“There are patients who come even for just a cleaning, but generally they come for reconstruction of teeth,” explained Nava, who has seen patients who live as far away as Alaska come for “major procedures, which are crowns, bridges, complete dentures plaques.”

Some fear that quality might be compromised for a lower price. However, most people who’ve gone to México for dental work agree it’s all about finding the right dentist.

David Rabizadeh, who has practiced dentistry for almost 20 years and has worked in Boyle Heights for 13 years, worries that bad quality dental work could lead to even more expenses.

“The ones that are graduated in an accredited school, they’re just as good as any dentist as a U.S. graduate would be,” he said. “The problem arises that when they go there, to Tijuana, and they want to have a less expensive treatment, they end up going into what we call, even out in L.A., ‘garage dentistry,’ [which] creates issues where they come here with more pain and more problems than when they left.”

Garage dentistry refers to when unlicensed “dentists” perform dental procedures in their garages or homes without having the proper training, sanitary environment or credentials. There are many risks that come with this, such as infection and injuries that can lead to more severe problems.

The money spent on air flights or gas could make the dental visit costly, cutting into savings. However, many people take advantage of the trip to see family or explore the area. 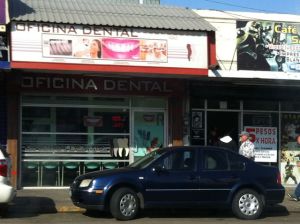 Cuts to Denti-Cal have reduced access to care
Approximately 30 percent of Californians experience barriers to oral health care, according to Alicia Malaby, a spokesperson from the California Dental Association. This means that there are reasons why dental care isn’t easily accessible to them in their own community.

“These obstacles include transportation, language, education and economics,” said Malaby.

Such obstacles prevent many people from getting the dental care they need, which can also lead to other medical complications.

In July of 2009, the state of California removed most adult dental services from California’s Medicaid dental program, Denti-Cal because of budget reasons. This left many low-income residents without dental care.

Although there are some ways for low-income families to find help, such as free dental events or clinics, these services are often very limited and many people don’t know about them.

The lack of affordable dental care in California could lead to more people traveling to other countries for dental work.

“They have cut down [on coverage] for adults, and one of the results that we see is that a lot of the people in the community have to seek dental treatment in other countries,” said Rabizadeh, the Boyle Heights dentist, about the state’s cuts to Denti-Cal.