The event was also a fundraiser for the United Latinx Fund (ULF), a nonprofit that bills itself as “Los Angeles’ leading foundation and philanthropic resource created for and by Latinx” that aims at improving the quality of life in Los Angeles County by investing in “sustainable, community driven-solutions.” 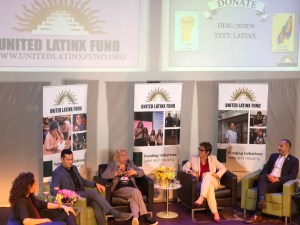 Javier Angelo, Senior Director of Community Relations at Walmart, Bambi Salcedo, President and CEO of TransLatina Coalition, Nancy Mejía, a writer and story editor for the series Vida on the Starz Network, Ana Shelia Victoriano, a serial tech innovator and entrepreneur, and Tony Moraga, Vice President and Manager of Social Impact for BBVA Compass, spoke before an audience of over 100 people, about new business opportunities in Los Angeles and how Latinx and LGBT individuals can benefit from them.

Vivian Romero, Montebello’s first openly LGBT mayor, moderated the panel. An entrepreneur herself, Romero questioned panelists about how being part of both the LGBT and Latinx communities has influenced their lives and experiences in the field of business. 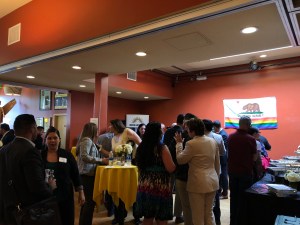 “It’s important that we provide a space to guide and mentor youth,” said Romero. “We need to help them, empower them, and educate them while providing networking forums like today’s event where they can learn and connect with other people.”

Panelists shared aspects of their lives and advice for youth looking for a successful career, while stressing the importance of diversifying the workforce and addressing discrimination when it comes to hiring.

“A lot of companies may have policies against discrimination, but that doesn’t mean those policies are being enforced,” said Salcedo, a prominent activist in Los Angeles’ transgender community. “Transgender people face a lot of discrimination when trying to get a job, and that needs to change. I believe that we can all bring change to our society if we work together and do what needs to be done.” 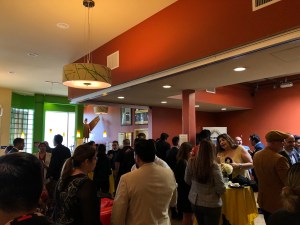 “There was a need for a space where Latinx leadership could come together and speak to the community,” said Corral. “The panelists serve as a form of inspiration for our community to take action across multiple different disciplines to really bring some progressive change.”

Organizers said the event raised over $1,000 for the ULF. The group says it funds other “nonprofit organizations that deeply impact the communities they serve.” According to a press release,  for nearly 30 years, ULF has invested close to $1 million in more than 600 nonprofits.