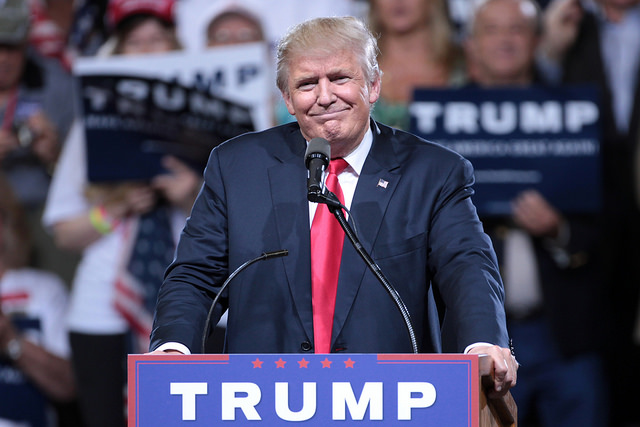 In a matter of weeks, the United States will elect a new president. No matter what their political persuasion, almost everybody in Boyle Heights seems to agree on at least one thing: Donald Trump cannot be president.

The most recent controversy surrounding Trump has been over the release this month of a 2005 video where the Republican nominee is heard making crude, vulgar remarks about women. But Trump, who often voices his opposition to undocumented Mexican immigrants, has been embroiled in controversy since the announcement of his candidacy.

Back then his remarks about Mexican immigrants sparked a national backlash.

Since then, he has repeated his comments about Mexicans and has stated he will have a wall built on the border between Mexico and the United States, and that Mexico will pay for it. The wall is a piece of his larger plan for immigration. 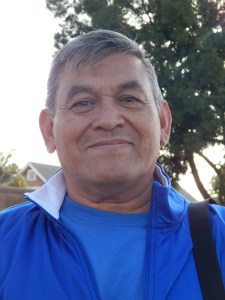 Carlos García, 62, says that Trump “has no respect for Mexicans.”

In contrast, Hillary Clinton has said she is pursuing the presidency in order to help immigrants, among other things. In a video produced by the Hillary for America campaign, Clinton tells a young Latina girl she shouldn’t worry about her family. Instead, Clinton offers to “do the worrying.”

In September, Boyle Heights Beat news reporters asked community members about their thoughts on this year’s presidential election. Many simply expressed their concerns about what Donald Trump has been saying. Others mentioned they are more excited to vote. Here is a sampling of what community members told the Beat.

“Look, Mr. Trump would definitely be terrible for us Hispanics if he were to win,” explains Boyle Heights resident Consuelo Rentería, 63. She’s not a huge fan of Clinton, but sees her as the lesser of two 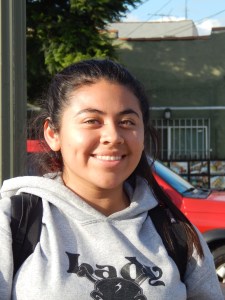 Kathy, 16, said about Trump: “I think a lot of Latinos want anybody but him to win.”

evils. “It would be a disgrace if he were to represent us,” she says. As an undocumented immigrant, Rentería can’t vote for the elections this year, but she feels very hurt from Trump’s remarks.

Kathy, 16, adds that she finds the election scary because of Donald Trump’s judgmental comments about Mexicans.

Kathy and Rentería cannot vote, but they feel strongly about everything Trump says about immigrants. For them, comments describing immigrants as rapists and criminals are especially hurtful because they cannot vote. They simply have to wait and see.

Gerardo Campos, 60, thinks critically about Trump’s negative comments. He says, “as a human being, he should not do that…and it’s really bad what he’s doing.”

Campos would not have confidence in Trump as his president and adds that Trump doesn’t love the people enough to serve as representative of the people. He asserts that Trump is simply too racist to be president.

Residents agree that voting against Trump is priority number one. In Boyle Heights, going out to vote this year is more important than ever.

Rivas finds the Republican nominee “offensive, ignorant, and arrogant,” and so he feels more motivated to vote this year to make a difference.

Miguel Fuentes Perez, 65, says, “Personally, I would like it if Ms. Clinton wins. She doesn’t have racist ideas against Latinos.” To Fuentes Perez, Trump’s candidacy for president makes him uncomfortable; he says more people will vote for Hillary Clinton in order to prevent Trump from becoming president.

For Boyle Heights residents, a Trump win would change everything. As an immigrant community, Boyle Heights would be situated at the frontlines of Trump’s new immigration plan. It’s anything but glorious to the community.

Fuentes Perez shares, “It’s angering because we are all human beings, we are not animals. Besides, we are not [only] Mexicans, all of Latin America lives here in the United States, from Central America to South America.”