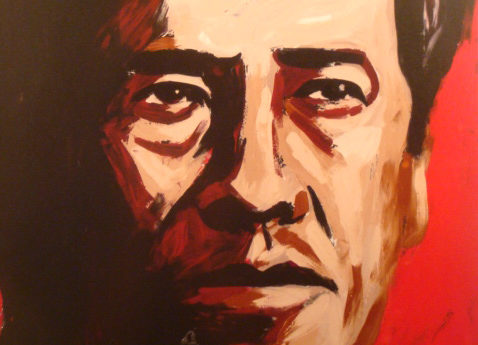 My late father, Salomón Chavez Huerta, first arrived in this country as an agricultural guest worker in the mid-1900s, during the Bracero Program. The Bracero Program represented a guest worker program between the United States and Mexico. From 1942 to 1964, the Mexican government exported an estimated 4.6 million Mexicans to meet this country’s labor shortage not only in the agricultural fields during two major wars (WWII and Korean War), but also in the railroad sector. Like many braceros of his generation from rural Mexico, my father didn’t speak too much about the horrible working/housing conditions he endured while toiling in el Norte. This included low pay, overcrowded housing, terrible food, limited legal rights, lack of freedom outside of the labor camps, racism, verbal/physical abuse and price gauging from company landlords/stores.

While I’m currently an assistant professor at Cal Poly Pomona with advanced degrees from UCLA (B.A., M.A.) and UC Berkeley (Ph.D.), it wasn’t until my graduate studies that I learned about what these hardworking men experienced and sacrificed during this exploitative labor program. For instance, while receiving meager wages for physically demanding work, the administrators and affiliated banks of this program deducted 10 percent from their wages, as part of a savings program. The braceros never received the money owed to them. It took a successful class-action lawsuit, filed in California in 2001, for some of these men to receive compensation. However, many of them had died by then, like my father, without receiving compensation.

I also learned other facts about this program that provided me some insight about what my father and his paisanos experienced, making many of them reluctant to speak to their children about their work-related experiences. As part of the screening process, for example, these proud Mexican men would go through central processing centers where U.S. Department of Agriculture personnel forced them to strip naked in large rooms, spraying them with DDT—a powerful insecticide linked to cancer and reproductive risks. The late photojournalist Leonard Nadel did an excellent job of documenting these humiliating experiences.

My involvement in social justice causes prompted my father to open up about his days as a farmworker. Many years ago, while protesting the then-Immigration & Naturalization Service (INS) and its inhumane practices of imprisoning entire families in chained-up hotels and motels in Los Angeles, I appeared in a local Spanish-language news program. My uncle Javier told my father that I was television. For someone with limited formal education from a small rancho in Michoacán, Mexico, it was a big deal for his son to be on television, like a famous actor in a Mexican telenovela.

For the first time, my father told me that he was proud of me.

Inspired by my social activism, my father decided to tell me about the time when he met the late César Chávez—co-founder with Dolores Huerta of United Farmworkers Union (UFW). Actually, it was shortly after the Bracero Program ended, where my father, like many other braceros, returned to the U.S. to continue to work in the fields. In fact, the Bracero Program is responsible for the migration of millions of Mexicans to this country.

In 1965, while my father was working in Delano, California, a group of farmworkers, which also included Filipinos, launched the historic grape boycott. While farmworker leaders were recruiting potential members to join the union efforts and boycott, one of the organizers assembled a group of men after their work shift and provided them with name tags.

“I didn’t know who he was, but he introduced himself as César Chávez,” my father told me.

“No, but he made it a point to learn everyone’s name, shake their hands and ask them to join the boycott,” he said.

“And then what happened?” I responded, hoping that my father would tell me a fantastic story about him being the unheralded leader of the grape boycott. (I guess I had taken too many Chicana/o classes with the distinguished historian Juan Gómez-Quiñones, Ph.D., at UCLA by then.)

“He got close to me, looked at my name on my shirt and smiled,” he said, building suspense to his story.

“And then what happened?” I asked, wondering how the story would end.

“Look at your name tag,” my father proudly recollected César Chavez telling him, “your middle name ‘Chávez’ is like my last name and your last name ‘Huerta’ is like Dolores’ last name.”

Tears poured down from my eyes.

Dr. Huerta is an assistant professor of urban and regional planning and ethnic and women’s studies at California State Polytechnic University, Pomona. He is the author of ‘Reframing the Latino Immigration Debate: Towards a Humanistic Paradigm,’ published by San Diego State University Press (2013).