He who fights with monsters should be careful lest he thereby become a monster. And if thou gaze long into an abyss, the abyss will also gaze into thee.

When you grow up in a segregated community and poor, often times, you’re not aware of your ethnicity and class status. Growing up in tight-knit Mexican communities, from Tijuana, Mexico, to East Los Angeles, I didn’t realize that I was Mexican and poor until my first day of junior high school. 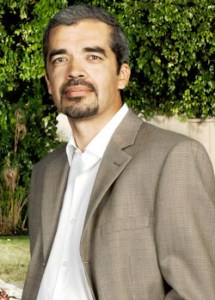 As part of federal integration programs, I—along with classmates from Murchison Elementary School in Boyle Heights—was bused to Mt. Gleason Jr. High School in Sunland, Tujunga. Nervous about leaving the notorious Ramona Gardens housing project or Big Hazard projects for a strange place, I braced myself for the unknown. On the first day of school, after an hour bus ride to a majority-white school, our bus came “under fire” from rocks hurled by local white kids. Just when I thought I was escaping my violent neighborhood — an extremely high level of violence monopolized by the police that I became accustomed to — I never expected such a hostile reception from the white natives.

While rocks hurt, so do words. This is especially the case when you’re only 12-years-old. Many years later, I can still recall these hateful words, just like it was yesterday: “Wetbacks go back to Mexico!”; “Dirty Mexicans!”; “Damn low-riders!”; and “We don’t want beaners at our school!” To this day, I can’t comprehend how calling someone a “low-rider” or “beaner” represents an insult.

Although I learned from my tough neighborhood and stoic Mexican father to never show fear, I couldn’t comprehend how the white students had so much hatred for us — Mexican kids from the projects. What did we ever do to them, I asked myself? What does it matter if we have Spanish surnames or if our parents only speak Spanish? Why should they care if we have brown or darker skin? I didn’t know that I had an East Los Angeles’ accent? So what if we don’t have money?

It didn’t take me long to figure out that I was different, where the white kids viewed and treated me as inferior due to the color of my skin and my zip code (90033, to be exact). For the first time in my life, I realized that I was “a Mexican” — even though I was born in California, yet spent the first four years of my life in Tijuana.

For protection or self-defense at school, I even contemplated joining the neighborhood gang to start a satellite office, but my gang application was “rejected” since I was too thin to defend the barrio. Apparently, I couldn’t catch a break back then!

The racism that I — and my fellow Mexican classmates — experienced didn’t start or end with the white kids. It extended to the school’s majority-white staff, administrators and faculty. While not as overt as the white students, their racism towards us manifested in forms of paternalism, low expectations and institutional racism. For instance, despite excelling in mathematics at Murchison Elementary School, I found myself being channeled into wood and metal shop classes for electives, while the white students mostly took music and art classes. With such a low bar for the Mexican kids to excel, I’m amazed that I didn’t join some of my friends in sniffing glue during wood shop—or smoking marijuana with the surfer white kids who didn’t discriminate against us—to escape my bleak reality.

It wasn’t just about race, however. It was also about class. Seeing how the white students arrived to school with their parents in fancy cars — e.g., BMW, Porsche and Mercedes-Benz — I was embarrassed that my Mexican immigrant parents relied on public transportation since neither of them owned a car. It’s difficult to own a car when you don’t even have a driver’s license.

There’s no other way of putting it: I was ashamed of my Mexican immigrant parents and of being poor. This shame, like a stalker, followed me for many years.

By the time I transferred to Lincoln High School, a Mexican-American or Chicana/o-dominated school in Los Angeles, I thought that I had escaped racism. Little did I know that my over-crowded, public high school also had low expectations for the Mexican students to excel and pursue higher education — something that was foreign to me at the time. The only thing that I knew about college back then consisted of watching college sports on television.

It wasn’t until a childhood friend pressured me to apply (and eventually be accepted) to Upward Bound at Occidental College (or Oxy) — a college prep program for historically disadvantaged groups to pursue higher education — where college became a viable option for the first time in my life.

To make a long story short, if not for key teachers, Upward Bound at Oxy, my ability to solve equations, the unconditional support from my Mexican parents (Salomón Chavez Huerta & Carmen Mejía Huerta) and Chicana wife (Antonia Montes), I wouldn’t have been able to escape the poverty and violence of my youth via higher education to earn a bachelor’s and a master’s from UCLA. This also includes a doctorate from UC Berkeley, allowing me to become a university professor, published author and public intellectual, where I foster tomorrow’s leaders and influence public policy.

At the end of the day, I only hope that my story of resilience — derived from my proud Mexican heritage and the mean streets of East Los Angeles — inspires others with similar backgrounds to do likewise.

Dr. Huerta is an assistant professor of urban and regional planning and ethnic and women’s studies at California State Polytechnic University, Pomona. He is the author of “Reframing the Latino Immigration Debate: Towards a Humanistic Paradigm,” San Diego State University Press (2013).