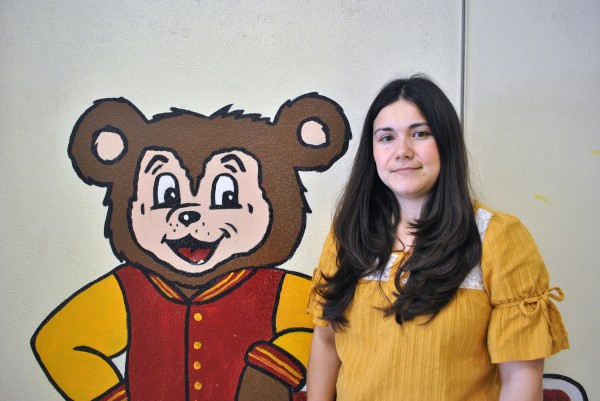 For many Boyle Heights students, educational success is a challenge. Many are dealing with poverty, as well as a lack of role models in a community where only 5 percent of residents have degrees from four-year colleges. But some defy adversity, pursue a career in education, and, like Leticia Carlos and Danny Melendez, even return to teach in the community that needs them the most””their own.

Born in Boyle Heights, Carlos spent her early childhood in Zacatecas, Mexico, and returned to the United States during sixth grade. At first, Carlos had problems with English, which hurt her grades.

“One of the hardest parts for me was being able to understand the material that was being taught,” she said. “That was what motivated me the most to learn English.”

No One to Look Up to

Receiving an education was the most important thing to Carlos. “I wanted to be a role model for my brothers and sisters. I didn’t want them to struggle like I did,” said Carlos.

Her parents encouraged her to pursue her goals, but couldn’t provide her with many resources because of their own limited educations. And Carlos did not have anyone to look up to or give her advice.

Despite the obstacles, she became the first member of her family to graduate from high school and college. Carlos returned as a math teacher to Theodore Roosevelt High School, where she had attended high school. 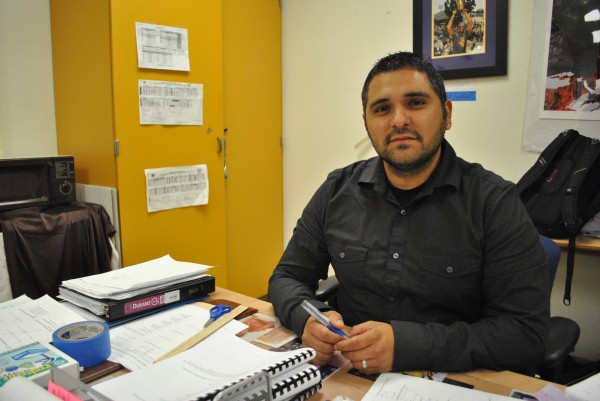 Danny Meléndez, a 1997 Roosevelt graduate and a math teacher there, wants more of his students to go to college. / Photo: Yazmín Núñez, The Boyle Heights Beat

She reminds her students that determination and hard work will get them far in life, and that they can get an education anywhere. “I want to let my students know and understand that even though we come across many obstacles in our lives, education is always the key to success,” said Carlos.

Danny Melendez, a 1997 graduate of Roosevelt, also decided to come back as a teacher after attending UC Santa Cruz. Unlike Carlos, Melendez had family members who attended college and who gave him encouragement. “My mom and dad always pushed me to do well in school, and they would tell me, ‘You don’t want to have a job like me, you can do better,’ ” Melendez said.

Now a math teacher at Roosevelt, Melendez sees many students with “a lot of academic potential” that goes unfulfilled. He says people in “underrepresented communities” like Boyle Heights need to be given more opportunities. “I want to help my community by changing the academic and social awareness of people so that they can be successful and so that they themselves can change the world,” he said.

Low test scores and poor graduation rates have brought negative attention to Roosevelt for years. About 40 percent of Roosevelt students graduate in four years, according to data from the Los Angeles Unified School District. That’s about 14 percentage points lower than the district-wide average.

Teachers like Melendez and Carlos use their own experiences to inspire their students to pursue an education. They realize that the statistics will not change overnight, but they’re still hopeful.

“We need people to motivate us, give us advice, and guide us,” said Carlos. “I strongly believe that teachers can do all these things and more.”

If you know someone who should be recognized for his or her hard work or dedication to our community, send an email to [email protected]; send a text message of any length at 323-834-9752; or write us.