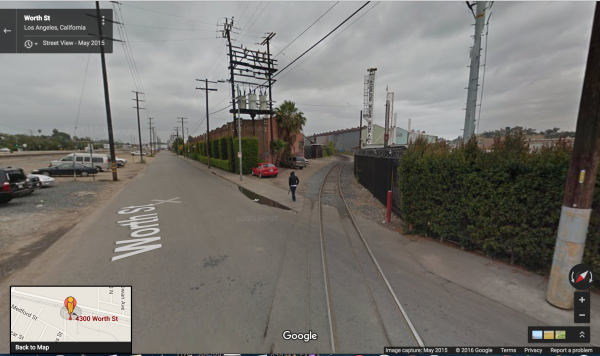 A 43-year-old man was found shot to death Sunday night in an industrial zone near Ramona Gardens, police confirmed in a press release today.

According to the Los Angeles Police Department, Hollenbeck Division officers responded around 9:35 p.m. on Sunday to a radio call of a shooting in the 4300 block of Worth Street. When officers arrived, the release said, they found the victim down on the roadway, suffering from gunshot wounds.

Los Angeles Fire Department Paramedics responded and pronounced the man dead at the scene. Police said he was a taxi driver and identified him as Antonio Paz González. The motive for the homicide is believed to have been robbery, said police.

Investigation into the homicide is ongoing. Police ask anyone with information is urged to contact Hollenbeck Area homicide detectives at (323) 342-8964.

Police have confirmed an uptick in violent crime in the last few months in Boyle Heights.