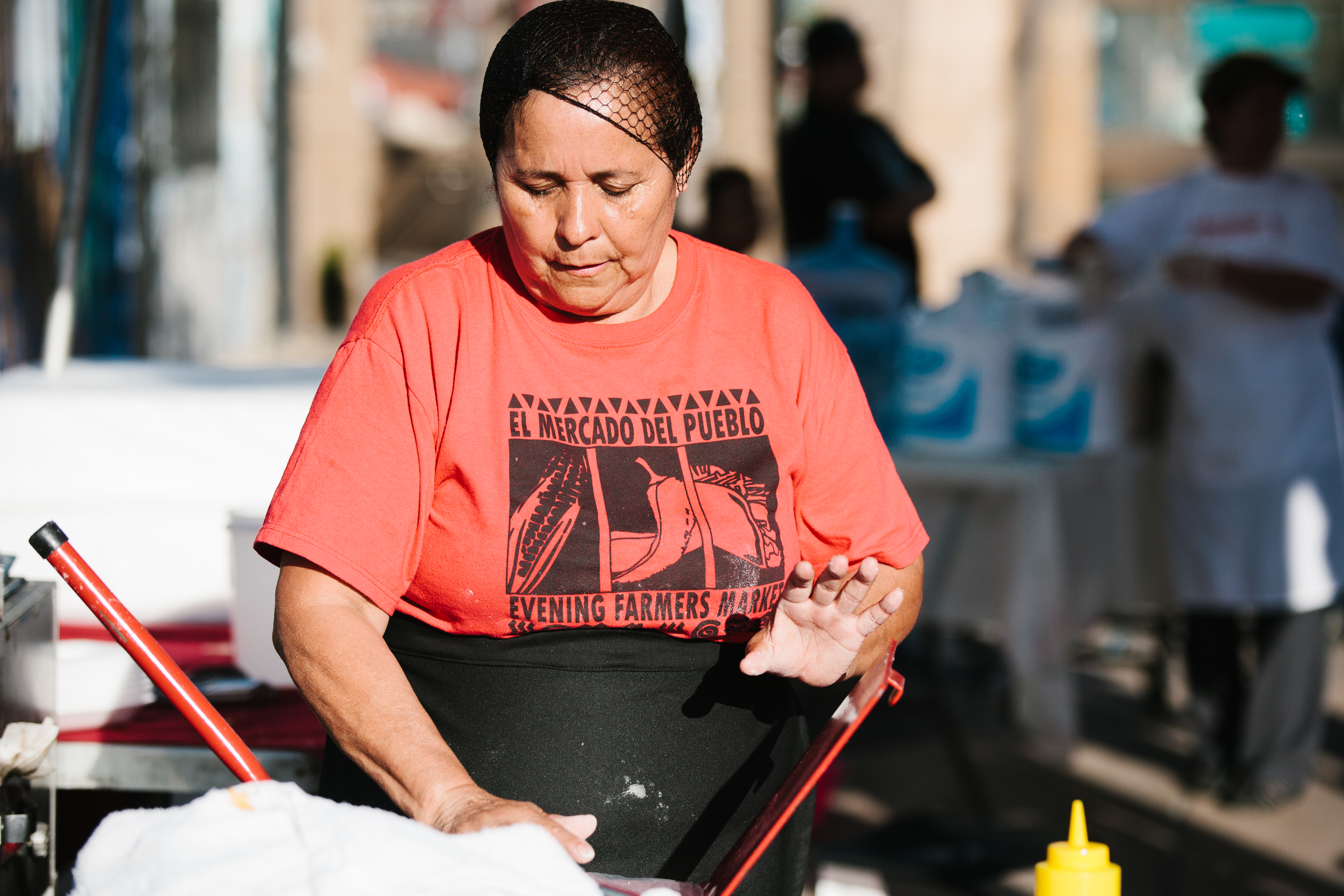 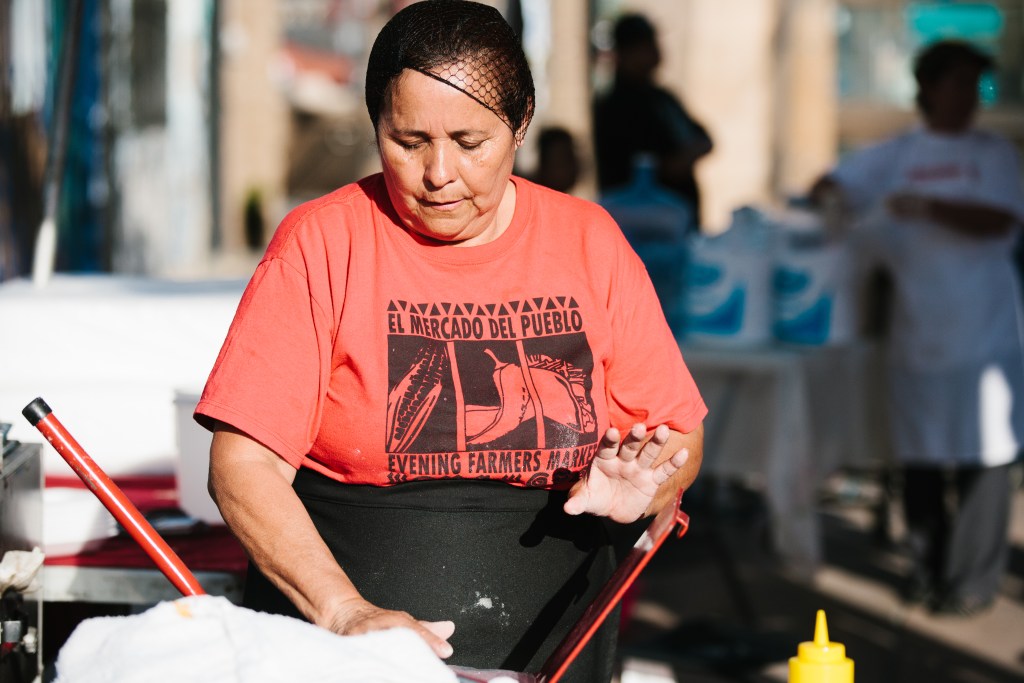 Caridad Vazquez is part of a movement to legalize street vending. Photo courtesy of  ELACC.

Throughout Boyle Heights, Caridad Vázquez is known as Cari, the vendor who brought authentic red pozole to the popular Breed Street food scene about 10 years ago.

Today, Vázquez can be found selling quesadillas, enchiladas and pambasos,  a Mexican sandwich with bread dipped in red sauce, out of a cart in Boyle Heights. Customers from as far as the San Fernando Valley and Las Vegas come to buy her Mexican antojitos, fast foods usually prepared on the streets.

“I’ve been a vendor since I was eight years old,” said Vázquez who grew up in Colima, Mexico. “My mom would send me to sell tamales on the streets.”

Twenty years ago, Vázquez left her home country for the United States to escape domestic violence. After a few jobs as a factory worker and babysitter, Vazquez, an undocumented immigrant, saw limited opportunities and turned to the one thing she knew best: selling food on the street.

Vázquez, a single mother of three, sold her food at the informal Breed Street food fair before it was shut down in 2009. Afterwards, she continued to maintain her income by relocating and selling her goods.

Just like numerous vendors who sell on the streets illegally, Vázquez has faced some challenges. Although she’s never been arrested, police have confiscated her equipment five times.

“I know I’m working illegally. The cops come. and, well, they also must do their job,” Vázquez said.

Although she thinks it’s unfair and doesn’t see herself as a criminal, Vázquez is determined to find a way to legalize what she sees as a decent way of making a living.

“I’ve been able to stand strong because I always look ahead and never look back.”

In 2008, Vázquez joined a movement in support of the legalization of street vending in Los Angeles. She has attended multiple City Council meetings where she informs the public about the street vendors’ struggles. Vazquez hopes to one day sell on the streets of Los Angeles without fear of having her equipment confiscated.

Boyle Heights Beat  will be profiling three women this week who work in the informal economy.