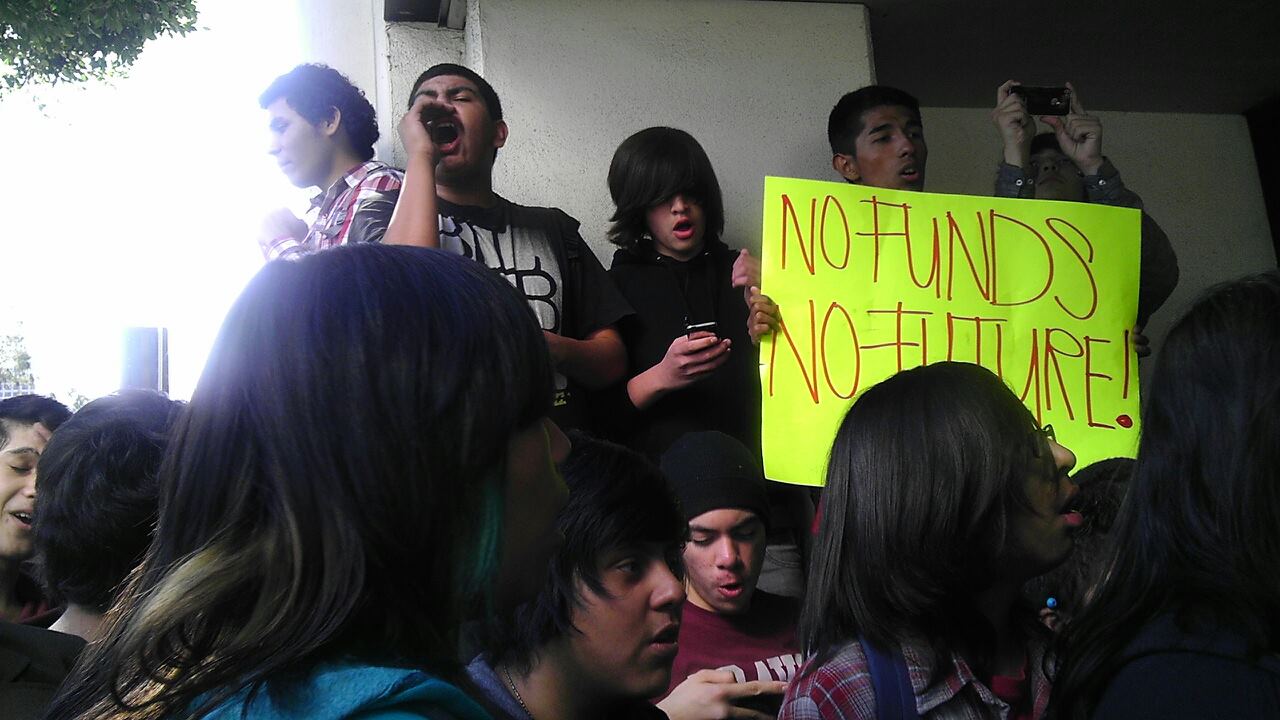 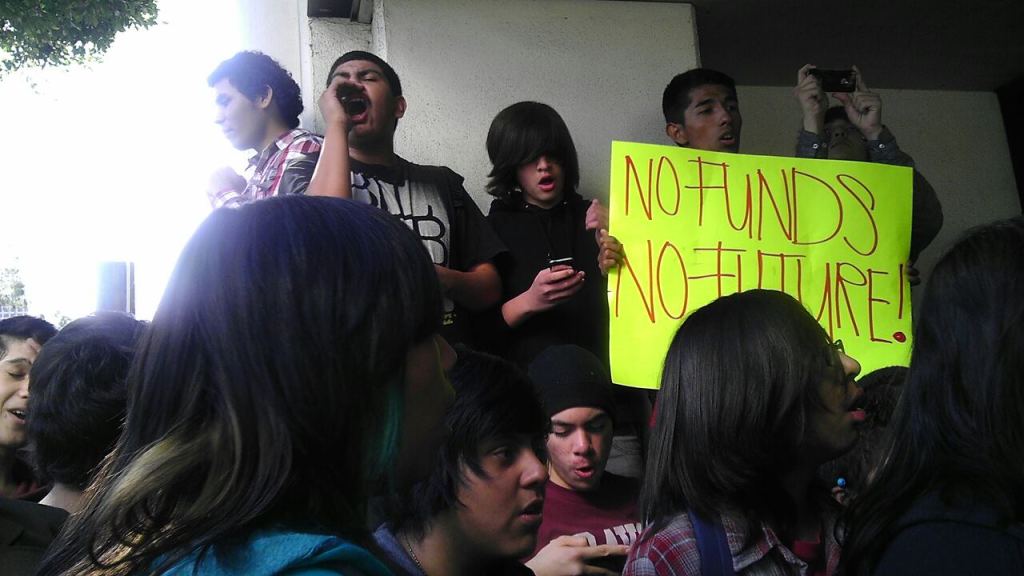 With only a few days before the holiday break, students from Bravo Medical Magnet High School in Boyle Heights staged demonstrations against proposed state cuts to public education, concerned they will be left with no school bus transportation next year.

About 200 students walked out of school Tuesday morning and marched to a Los Angeles Unified School District board meeting downtown, chanting “No ifs, no buts, no budget cuts” and “no bus, no future.” Student organizers also held an after school sit in outside the school’s cafeteria on Wednesday where students spoke out about the effects of budgets cuts to education.

Bravo senior Melissa Govea participated in this week’s demonstrations even after administrators threatened seniors they would lose the opportunity to participate in their graduation ceremony. “We had to stand up for what we think is best. It was a personal choice each student had to make,” said Govea.

Govea gets bused from South Gate and says losing the school bus would greatly affect her and many of her schoolmates. “We will have no way of getting to school which may leave us no option but to leave our magnet school and attend our home school that doesn’t meet the standards we have set up for ourselves.”

The district says the school bus program faces a shut down in the spring due to a $38-million mid-year cut by the state, leaving about 35,000 students, including 13,000 kids with special needs, without a ride to school, ABC7 reports.

However, LAUSD’s Superintendent John Deasy announced the district will sue the state because cutting buses would violate two of their requirements: providing transportation to students with disabilities and fulfilling an order to desegregate schools.

Bravo administrators say about 85 percent of students at the school are transported by school bus.