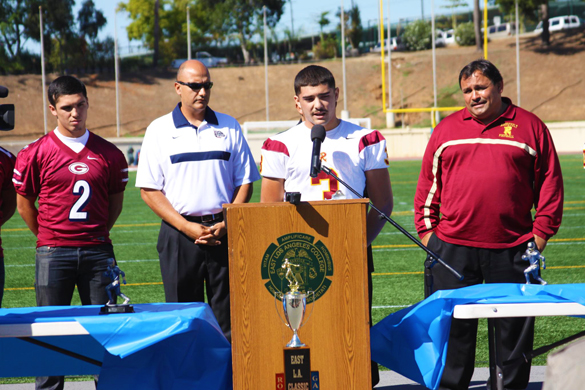 All photos by Erik Sarni. Hover over with cursor to see captions.

Long-standing rivals Roosevelt and Garfield high schools will once again face off at the 78th annual East L.A. Classic Friday at East Los Angeles College’s Weingart Stadium in front of an expected 22,000 fans.

Players, coaches and administrators from both schools had a chance to mingle, talk to media and pose for photographers at a press conference as they get ready to play in the biggest high school football game west of the Mississippi. This year they are playing for more than bragging rights: a chance to win the Eastern League   title. 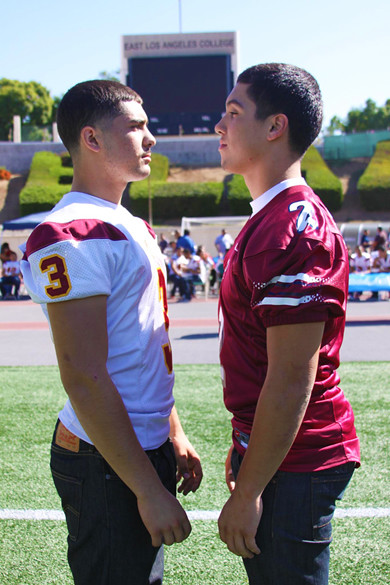