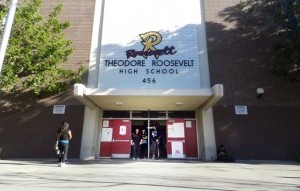 Starting this fall, students in California’s public schools will be required to take a sex education class, something that has been missing in many schools for the last five years because of budget cuts.

Without a formal sex education class, many teens now rely on information from classmates or what they can find online. Because they don’t feel comfortable discussing issues with their parents, many end up misinformed.

“I think no one is really informed about sex until they have classes on it,” said Kimberly Contreras, 18, who got pregnant while attending Theodore Roosevelt High School. “I did not know about all of the consequences. That is why I ended up pregnant,” the mother of a young boy said. Contreras stayed in school, but says it was hard going through those times without much support. 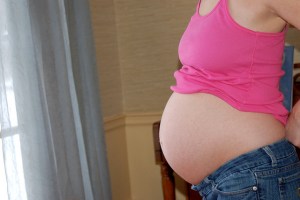 New classes will focus on the knowledge and skills necessary for teens to protect themselves from unintended pregnancy or sexually transmitted infections (STIs).

The California Healthy Youth Act, AB-329, signed into law by Governor Jerry Brown in October, will require sex education in the 2016-17 school year, with school districts no longer able to opt out. The stated purpose of the law is to give students in the 7th to 12th grades the knowledge and skills necessary for them to protect themselves from unintended pregnancy or sexually transmitted infections (STIs) and to have healthy relationships and attitudes.

The law requires HIV prevention to be taught once in middle school and again in high school. HIV instruction must include information about how HIV affects the body and strategies for reducing the risk of getting it, including abstinence and condoms, and where to get HIV testing and medical care. Students do not need their parents’ or guardians’ permission to take the course, but parents can excuse them from taking it.

Amber López, a 17-year-old Roosevelt student, said that these classes will be a good thing because there is more to sex than teens think. “Maybe even giving students a sexual education class can prevent others from getting sexually transmitted diseases,” she says.

Schools in Boyle Heights now have varying approaches to teaching sexual education. Theodore Roosevelt High School doesn’t have a required sex ed course. Instead, Roosevelt offers optional sessions in the auditorium about the consequences of unprotected sex and unhealthy relationships.

Charters are not required to follow board policies because they’re run by private boards and can act more independently, according to Timothy Kordic, a health educator with the Los Angeles Unified School District.

When they aren’t offered sex ed, “The students are not taught life skills or coping skills,” he said. “That, many times, results in bad decision-making, risk-taking and can result in negative academic outcomes.”

Planned Parenthood says that the goal of comprehensive sex education is to help students view sexuality positively and provide students with skills and knowledge to can make healthy decisions. The non-profit believes parents and guardians should be the first people teens go to for sex education. But often teens don’t because they are scared of their reactions.

“I got most of my information from my friends,” said López. “When my parents came to me to give me the talk, I already knew most of the information they were giving me.”

The Roosevelt survey found that 49 percent of students do not talk to their parents about sex. “Sometimes as teens we get questions about sex, but some of us come from a community that has strict sexual rules,” said Lizbeth Navarrete, a senior at Roosevelt. “Having sex when you’re not married is considered shameful toward the family.”

Her mom told her that parents are willing to talk with their children about sex, but don’t always know the right time. “It is unfortunate that we cannot have a conversation about sex with our parents, since they should be the people that guide us in this stage,” Navarrete said.