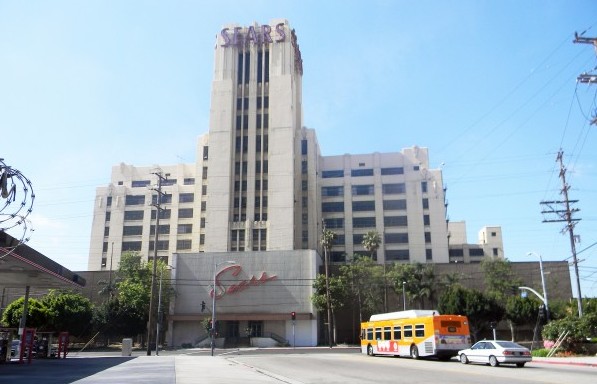 A Planning Department official has approved a proposal to convert a portion of the landmark Sears store and warehouse at Soto Street and Olympic Boulevard into more than 1,000 residential units and build a new parking garage with about 1,500 spaces.

The project, which would include space for the existing Sears store, has touched off concerns about the gentrification of Boyle Heights as well as bringing additional traffic in the area. The nearly 13-acre Sears site is only a short walk from where another developer is seeking to build more than 4,000 apartments and condos on the site of the Wyvernwood apartments.

Last week, Associate Zoning Administrator Charles J. Rausch, Jr. issued his decision to approve the adaptive reuse and conversion of the 10-story building, which was purchased two years ago by Los Angeles developer Izek Shomof for $29 million. The approval and conditions are subject to appeal and further city review.

Read the full story in The Eastsider.

The Eastsider is a hybrid of news, occasional opinion, observations and links to other web sites, all curated for an Eastside audience. The Eastsider has been named as L.A. Best Neighborhood Blog by L.A. Magazine and L.A. Weekly.