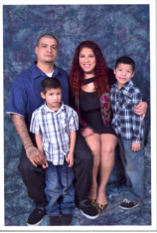 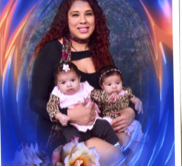 Police are asking for the public’s help in finding a couple accused of taking their four children from a Ramona Gardens home on Friday afternoon.

Maria Chairez, the children’s grandmother says the children””two boys ages 7 and 5, and twin 1-year-old girls, had been living with her for one week.

According to the Los Angeles Police Department, the children were taken into protective custody from the parents for alleged incidents of violence, and put into the care of the grandmother.

Police say they are concerned for the children’s safety, and have made a public plea to the parents.

“I’m asking you to just do the right thing and bring the children in,” said Los Angeles Police Capt. Martin Baeza.

The California Highway Patrol has issued a statewide amber alert.

Police say the father was last seen driving away with Chairez and their four children in the 1400 block of North Indiana Street. The family is believed to be traveling in a dark colored PT Cruiser with tinted windows and white paper license plates. The car is also missing the right, rear hubcap.

Authorities said the family might be headed to Mexico.

Anyone with information as to the family’s whereabouts is asked to contact LAPD Hollenbeck Detectives at (323) 342-8900.