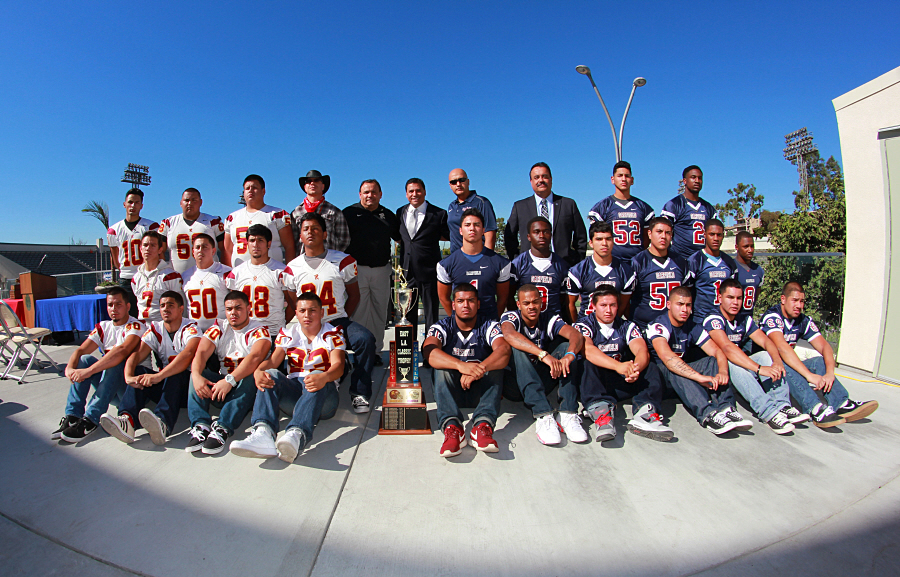 The Roosevelt Rough Riders join press conference with the Garfield Bulldogs as they prepare for the East LA Classic Friday. Photo by Art Torres.

Update: Roosevelt High School was defeated by Garfield with a final score of 7-42.

The Roosevelt Rough Riders and the Garfield Bulldogs will face each other Friday for the 80th time at the East Los Angeles Classic. The Eastside rivals will duke it out on the football field for a chance to claim “bragging rights.”

While Garfield is undefeated in its league, the Roosevelt teams holds an 3-2 league standing.
The game has been played every year since 1925, with the exception of a span from 1939 to 1948, and allegedly draws the greatest number of spectators for a high school football game, west of the Mississippi.