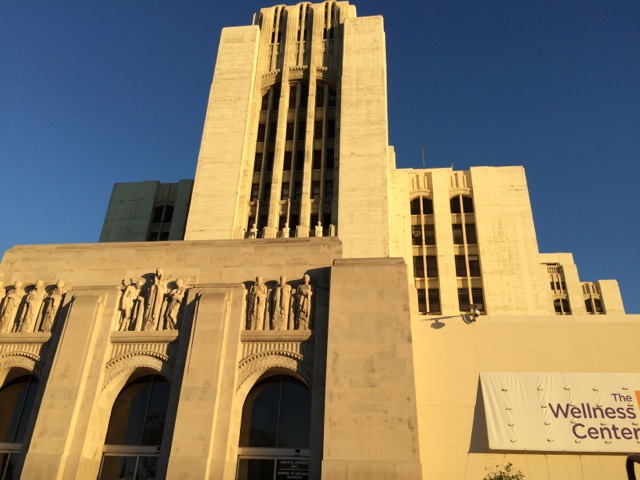 Latinos tend to believe that memory loss and confusion is a normal part of growing old. They accept that grandpa’s forgetfulness or grandmother’s difficulty in making decisions or following instructions come with age. But this isn’t necessarily so. 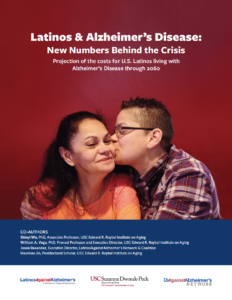 It is very possible that these are the first signs of Alzheimer’s disease, an incurable condition directly related to aging that leads to such a deterioration of memory and intellectual capacity that daily life is impaired.

Alzheimer’s is responsible for 60-80 percent of the cases of dementia among adults.  It is the sixth leading cause of death in the United States, the fifth among those 65 years and older. The primary factor is old age, with the likelihood of Alzheimer’s doubling every five years after 65 and the risk rising to 50% after age 85.

A number of studies indicate that the onset of Alzheimer’s occurs five to 10 years earlier among Latinos than the majority of the U.S. population.  Studies conducted in Mexico, Brazil and Chile have not shown the same results. In fact, they show that the disease appears at the same age as among non-Latino whites in the U.S.

Research has shown that there are links between Alzheimer’s risk and other circumstances that Latinos who live in low-income neighborhoods suffer from disproportionately, such as diabetes and obesity, poor nutrition, and a lack of exercise.

“Diabetes increases the chances of Alzheimer’s by 50 percent,” according to Dr. William Vega, executive director of USC’s Roybal Institute on Aging in Boyle Heights and co-author of the report.

Because of their growing population and the fact that they are living longer, U.S. Latinos are as much as 50 percent more likely to get Alzheimer’s than non-Latino whites, yet they are still less likely to receive a diagnosis from a physician because they tend to go to the doctors less than other populations, among other reasons.

Today there is little that can be done besides taking some drugs  – effective at only one stage of the disease – that can slow down its progress for up to two year, says Vega.  Not letting this critical moment pass is one of the important reasons to recognize Alzheimer’s early.

Another is so that family members can prepare for what will come. “This means figuring out how to take care of a loved one who cannot be alone because she or he could hurt themselves or others,” says Vega.

Such a situation becomes very complicated for a family.  It can cause a lot of tension because it means a huge commitment of time and resources over a long period of time. It is important to make decisions, for example, ranging from who will handle care giving, which at some point will become fulltime, to how to manage the family member’s assets.

The report states that although Latinos with Alzheimer’s are more likely to choose the most affordable care alternatives, including being taken care of at home by relatives and especially daughters, the total costs for Latinos with this disease will grow faster than for non-Latino whites.

There are currently some 23 clinical trials aimed at finding a cure for Alzheimer’s but despite an increased prevalence for that disease and the other related condition, participation in the trials by Latinos is only about 1 percent.

“There is a need for more Latinos to participate in the clinical trials,” says Vega. “They don’t want to participate and there isn’t much of an effort to reach them.”

He added that Latinos need to also become aware of the importance of living a healthy lifestyle, avoiding obesity and overcoming the stigma often associated with dementia and other mental illnesses.

Photo above: The Wellness Center in Boyle Heights. Photo by Antonio Mejías-Rentas