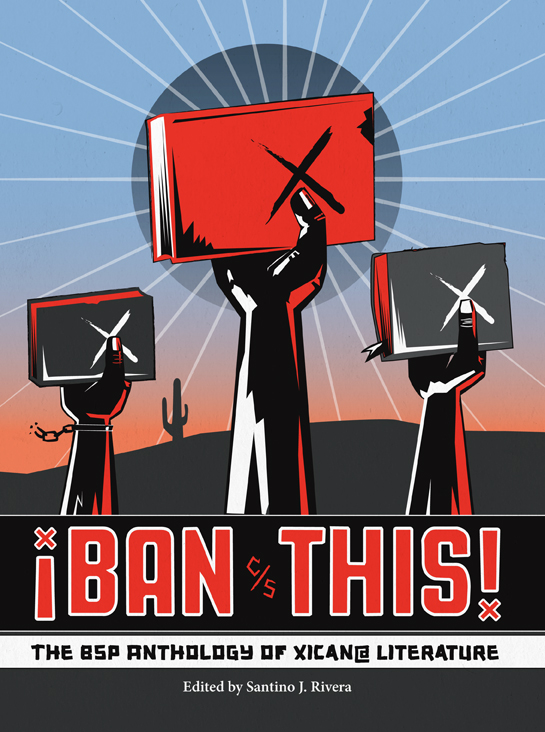 By David Cid and Pedro Martinez 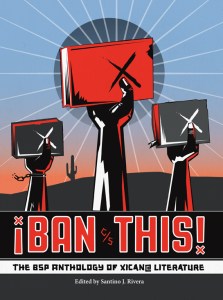 In 1967, Rodolfo “Corky” Gonzales, leader of the Crusade for Justice, filled a literary vacuum within the emerging Chicana/o literary movement when he crafted the epic poem I am Joaquin. Through I am Joaquin, “Corky” eloquently expressed the identity crisis that has historically fragmented the Mexican community since its incorporation into the American polity in 1848.

In 2012, forty-five years after I am Joaquin, Chicanas/os were once again at the forefront of making political and literary history. ‘ ¡Ban This! The BSP Anthology of [email protected] Literature’ edited by Santino J. Rivera is a dangerous literary weapon; it is a weapon of mass education, whose primary focus is to advocate for Chicana/o history, culture, and knowledge to remain sacred and vibrant within our communities.

In the same spirit of resistance as I am Joaquin, author and publisher Santino J. Rivera gathered a collection of literary and artistic works to (re)inspire and (re)define a new generation of young Chicanas/os to continue the legacy of Chicana/o self-determination in the new millennia.

¡Ban This! is a timely and much needed literary and political offering of new vibrant voices not only in Chicana/o Studies, but in American Literature as well. Included in  ¡Ban This! are well known Chicana/o academics, writers, and artists, such as Rodolfo Acuña, Luis Alberto Urrea, Gustavo Arellano, Lalo Alcaraz, Mario Barrera, Francisco X. Alarcon, Roberto “Cintli” Rodriguez and many more up-and-coming scholars, writers, and artists.

At a time when the state of Arizona uses draconian laws to ban Chicana/o Studies, Rivera offers defiant VOICES that will not be silenced.

¡Ban This! is testament to the fact that Chicana/o history will not be banned, erased nor silenced from the American collective consciousness.

Below is an interview with Rivera who presented  ¡Ban This! at the Benjamin Franklin Library Tuesday in Boyle Heights and will also be a guest tonight at the 45th anniversary of MECha at California State University, Los Angeles, the oldest Chicana/o Studies Department in the nation.   (Edited interview conducted by Pedro Martinez) 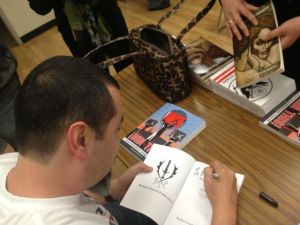 Q: Why was it important to publish “ ¡Ban This! The BSP Anthology of [email protected] Literature”?

A: If you go to Barnes &Nobles and you go looking for Chicano authors, depending on what state you’re in from coast to coast, you might not find any. If you do, you’re going to find a little section and of that you’re going to the same people, the same authors”¦..If we’re such a force to be reckoned with, as the politicians and media say, then we also need to be represented in the arts. So I’m trying to help change that.

Q: Would you consider your book as the first wave of Chicano/a action against censorship?

A: I hope. That is definitely what it is meant to do. When I published it and I brought together an all-star group of people”” there are very well-known authors and up & coming authors as well”” it was to strike back against censorship and basically say, “You can ban those books but we’ll make more. We’re going to come back twice as hard.”

A: The cliché answer to that is Nazi Germany, but you can find instances of censorship throughout history and it is usually people who are worried about what children are learning. So for fill in the blank, I would say Nazi Germany.

Q: Do you feel Chicano/a youth should feel obligated to preserve our culture?

Q: Will censorship ever end, be it Chicano/a Studies, Ethnic Studies, or etc. ?

A: I don’t think we’ll ever have a period where there is no censorship because someone always wants to control the information. Information is power so, when it comes to, “When is it going to end?”,   I don’t think it will but that doesn’t mean we have to take it. That’s what we are trying to, is plant the seed so the next generation of people can take this knowledge and fight back.

Pedro Martinez is a freshman and MEChista at Cal State Los Angeles majoring in Chicano/a Studies.