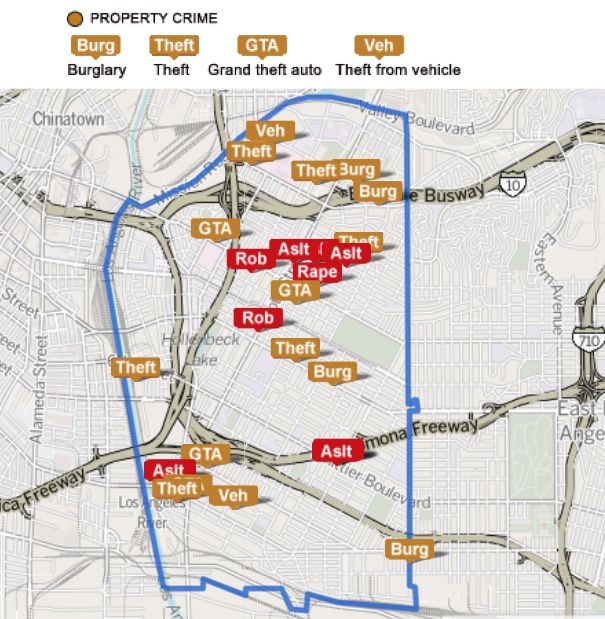 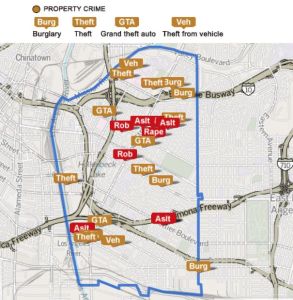 Boyle Heights experienced a total of 812 property crimes from January through July this year, a higher rate than in neighboring communities such as Chinatown, Lincoln Heights and El Sereno, according to the Los Angeles Times Crime Mapping summary.

Electronics like stereos, laptops, cell phones as well as purses and wallets left in vehicles are an easy target for criminals, warns the Los Angeles Police Department.

To cut crime, the LAPD last year launched Hide It, Lock It, Keep It, a program that reminds residents to secure all vehicles to avoid becoming victims of auto-related property crimes such as Grand Theft Auto (GTA) and Burglary Theft from Vehicles (BTFV).

Hide It, Lock It, Keep It is a campaign that made its debut in 2010 out of Van Nuys and has made its way to the Los Angeles area.

An increase in reported cases ranging out of that area sparked action in attempts to preventing such illegal activity.

Other departments have joined since then.

The Hollenbeck Division urges its residents that although these crime statistics have lowered this year, no one is entirely in the clear.

The most commonly targeted vehicles are older model Hondas and Toyotas from 1985-1998.

Car owners should keep their belongings at hand or store them in the trunk for maximum safety as the average costs for BTFVs are roughly $1885 according to LAPDonline.org.

Aftermarket accessories like ignition “kill” switches and steering wheel locking devices are advised to decrease the likelihood of theft.

HIDE IT-hide your valuables under the seats if you can’t take them with you; or use the trunk

Anyone may contact LAPD Hollenbeck Auto Detectives with suspect information at 323-224-0100.