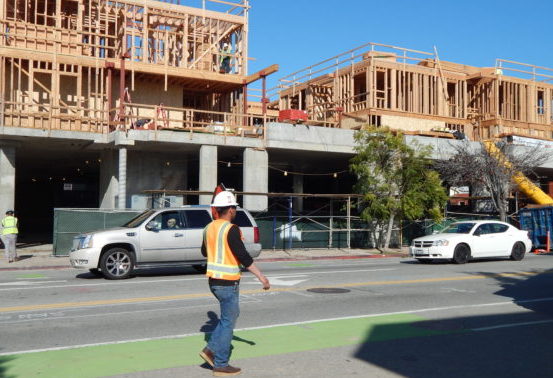 Residents of Boyle Heights hoping for a reprieve from election-induced political burnout will get no satisfaction in hearing March 7th will bring another Los Angeles election with a major issue on the line. Measure S, a housing ban that would effectively stop any new development requiring a change in the general zoning plan, is dividing residents across the city. Some see the ban as a way to scale down the aggressive housing developments that have been changing the “integrity” of neighborhoods, while opponents see it a disastrous economic gamble that would lose thousands of jobs and billions of dollars in economic activity each year.

How would Measure S deal with gentrification, an inflammatory issue close to many Boyle Heights residents’ hearts? Supporters of Measure S would argue that without new development, gentrification would lose its major motor. No greedy developers tearing down affordable housing for luxury apartments, and greasing city hall to pull it off.

The actual mechanics of gentrification are less colorful, and are a simple matter of supply and demand economics. At the heart of gentrification is too high of a demand to live in certain neighborhoods with too little supply.

Los Angeles is in the midst of a massive housing shortage, pushing vacancy rates to less than 3%—a historic low. More housing and developments are needed, and if they are blocked by Measure S, those potential renters priced out of wealthy Hollywood, Westwood, and Silver Lake neighborhoods, would simple move into areas with more affordable rents.

Boyle Heights could see accelerated gentrification within the next several years if Measure S passes, sending thousands of moneyed Westsiders into East Side neighborhoods to buy houses, condominiums, and apartments.

Combined with the added pressure of new Angelenos (Los Angeles will add an estimated 500,000 new residents in the next two decades years according to Southern California Association of Governments), it’s safe to say blocking new housing would only speed up gentrification and increase the difficulty of finding an affordable lease. There are 19,000 units that would be blocked by Measure S. How many of those renters will end up moving to our neighborhood, beginning the shift of gentrification? How many landlords, seeing this shift, will begin raising rents to attract wealthier tenants?

Flyers posing the question, “Why rent in Downtown when you can own in Boyle Heights?” would no longer be a curious proposition but an everyday reality.

Measure S would put power firmly in the hands of landlords, homeowners, and real estate companies. Instead of landlords competing with one another to give tenants lower rents, renters would be competing with each other just to find a place to live.

The majority of demolitions are done using Ellis Act provisions, not the spot-zoning exceptions Measure S promises to stop. According to the LA Times, “less than 10% of the 3,000-plus rent-controlled apartments that private owners removed during [2011 to 2015]” would have been “saved” by the provisions in Measure S. Measure S offers little relief for Boyle Heights residents worried development might come at their expense.

Boyle Height’s blue-collar work force would be threatened as well. Measure S would kill 12,000 well paying jobs, mostly in construction, and sap an expected $70 million in tax revenue every year. How many of us have a cousin or uncle working in construction that might lose their job if S passes? How many of us know a teacher or firefighter that might have their budget cut if Los Angeles loses $70 million in tax revenue each year?

Low-income renters would feel the largest hit from Measure S, as rents across the city are expect to rise after its implementation. Economics explains when demand becomes higher than supply, price increases. This is true of housing as it is with avocados. If a bad storm ruins an avocado farm in central California, we feel it with increased prices. If Measure S blocks the supply of new housing, we will all feel it with increased rents.

For poor residents in Boyle Heights, some spending almost half their paycheck on rent, it’s a scenario we can’t afford to see happen.

Fighting gentrification in Boyle Heights should be thought of on two fronts: First, is the changes happening in our own neighborhood, whether our own residents are buying available housing. The second is in the neighborhoods with locked down development, pushing the middle class residents into working class neighborhoods.

Without those neighborhoods aggressively stopping their development with Measure S and other no-growth efforts, the flow of potential gentrifiers dries up. As residents of Boyle Heights interested in curtailing gentrification from wealthy West Side money and stopping a massive economic disaster, we must vote no on Measure S on March 7th.

Gregory Ronquillo is a Los Angeles graphic designer who grew up in Boyle Heights. He is a volunteer with the No on S campaign.