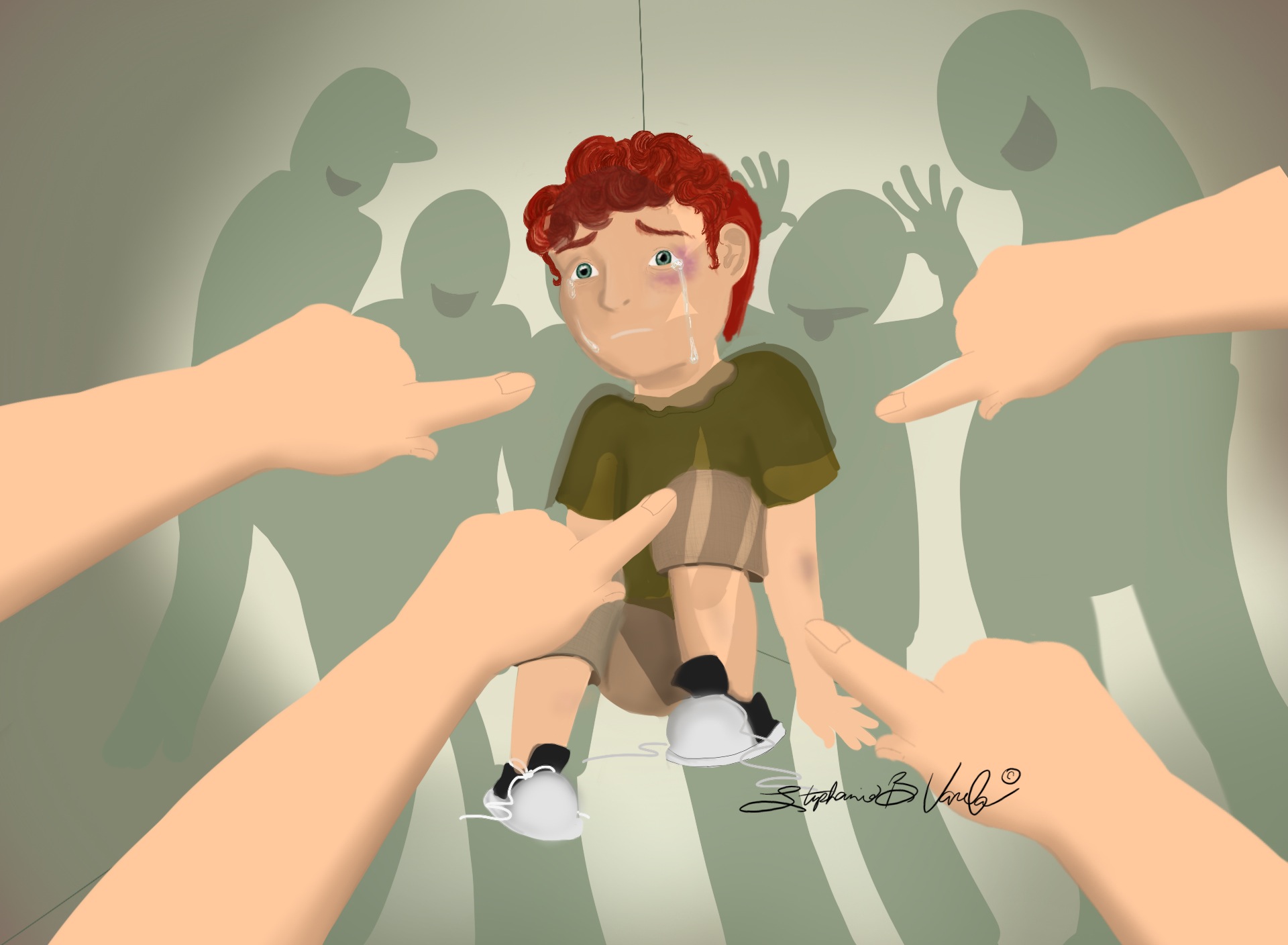 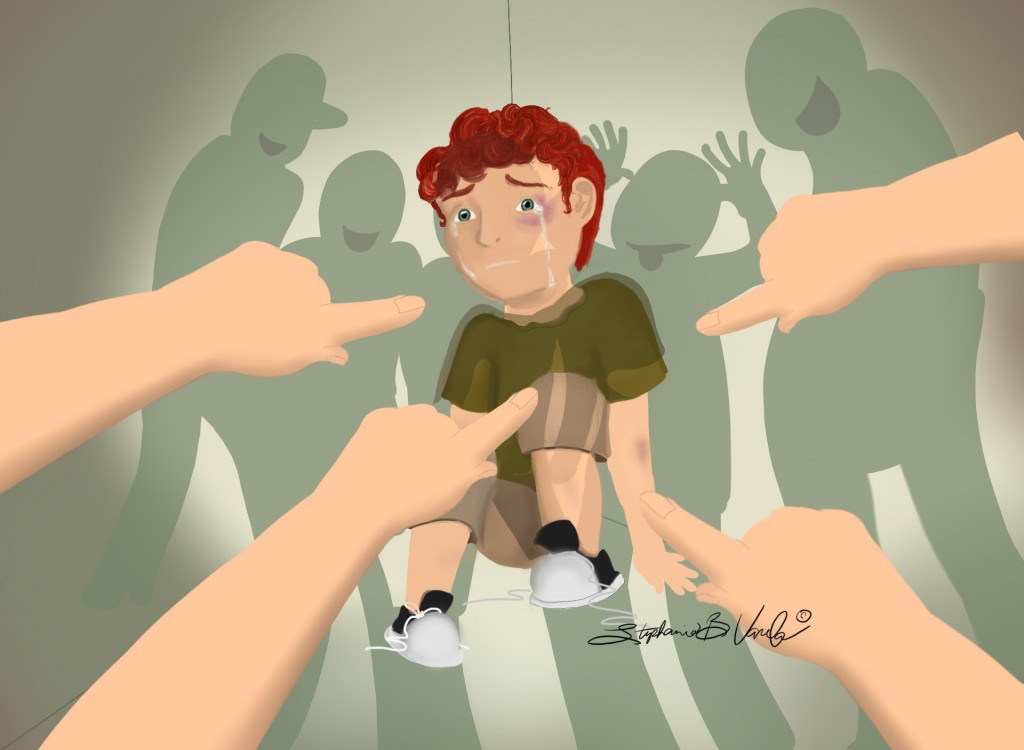 Toucan Sam was what kids called him, and it wasn’t a friendly nickname. It referred to the size of his nose.

“I was bullied since I entered kindergarten all the way through the ninth grade,” said17-year-old René Ayala, a student at Theodore Roosevelt High School. Although he was never physically attacked, Ayala was a victim of verbal bullying.

Bullying is everywhere. It doesn’t matter if you’re white, black or Latino,rich or poor. It can take place on the schoolyard or on the Internet. It can be physical ”“ pushing or hitting ”“ or verbal ”“ through rumors spreading or name-calling. The newest type of bullying is cyber bullying, carried out through texting and shaming or threatening on social networkingsites.

Announcement: This issue will be discussed at Stand Up and Speak Out Against Bullying & Cyber Bullying, community meeting scheduled at 6 p.m., Tuesday, July 31 at Benjamin Franklin Library.

Bullying behavior can harm the social lives of victims and also cause physical or emotional consequences, including suicide. Holly Priebe-Díaz is an intervention coordinator for the Los Angeles Unified School District. Her job is to help provide a safe environment for students and to try to prevent harassment.

“I train adults on how to prevent [bullying] and to make sure they take students seriously, and know what to do about it,” Priebe-Díaz said.

More than a quarter of all students aged 12 – 18 report having been bullied at school, according to the National Center for Education Statistics, the primary federal center for education statistics.

Priebe-Díaz says bullying is most common in middle school because kids are at a vulnerable age. Many victims of bullying have disabilities or look or behave differently than others. Nine out of 10 gay or lesbian teens say they were bullied or harassed, according to the 2009 National School Climate Survey.

Monica Harmon, an LAPD volunteer and public safety advocate citywide, has been giving talks about bullying because she didn’t think schools were doing enough. Harmon remembers being bullied as a child because her family was poor. She says she was once teased because she had a hole in her shoe.

Harmon said often a child becomes a bully because of problems at home or trouble fitting in, issues that can be addressed. “We try to empower kids and change behavior of bullies because they are not bad kids,” she said. “It’s their behavior.”

In April, the Second Teen Summit on Bullying was held at the Los Angeles Convention Center, sponsored by the Positive Results Corporation (PRC), a group of educators that hosts events to help reduce violence in communities.

Many families attended the event, as well as victims of bullies and even bullies. “I was a bully in sixth grade,” said Juan Quiroz, a high school student from Glendale who attended the conference.

Quiroz says he became a bully after being bullied himself. Quiroz said he would push his victim, put his face in toilet water and spit on him. At first bullying made him feel powerful, he said. But after awhile he grew tired of it and stopped.

Unfortunately, not all bullies grow out of their behavior. Bullying behavior often continues into adulthood. A recent study from a group called Fight Crime: Invest in Kids found that 60 percent of middle school boys whom researchers classified as bullies were convicted of at least one crime by the age of 24. Whether bullying stops can depend on whether parents or teachers intervene.

Ayala says his teachers never looked into why he was so quiet or why his grades were sliding. He was attacked verbally, not physically, but the bullying made him shut down a lot of his emotions. “I tried to make myself impervious to thoughts of suicide and all of that,” he said. “It worked for as long I was bullied. I isolated myself from almost everyone most of the time.”

It’s not unusual for teachers to ignore bullying, or not recognize its seriousness. According to a 2011 survey from the National Education Association, a membership organization of teachers, only 14 percent of teachers report bullying incidents. Priebe-Díaz said it’s not because teachers don’t want to get involved, but because they often don’t believe that bullying will turn into something more serious. She says this is the reason she trains adults on how to prevent and investigate bullying, “making sure they take the students seriously, and know what to do about it.”

Parental awareness and involvement are important. “We want to empower parents so they empower students to stand up against it,” said Priebe-Díaz.

Although some adults may think bullying is just a part of growing up, they need to realize it can become more serious. Parents need to be involved in their children’s everyday lives so they won’t feel embarrassed about sharing their problems, she said.

Ayala dealt on his own with the consequences of being bullied. To help himself conquer his own fear,
he became a student activist at Roosevelt High School. He decided to try and help others deal with similar problems. Along with his speaking partner, Ã“scar Rodríguez, Ayala made an audio piece for Generation PRX’s Bullied Project in which they discussed the seriousness of bullying.

“I had to break down walls similar to mine to get people to talk with me about their own experiences,” Ayala said.

Ayala hopes he can help kids become stronger by dealing with negative thoughts and overcoming tormenting memories. In his case, he was able to embrace his negative nickname, and make it his own.

Warning Signs a Child Is Being Bullied

Warning Signs a Child Is Bullying