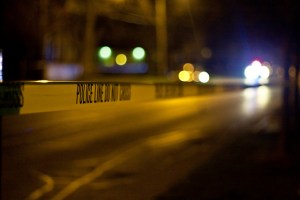 More than three months have passed since Fontana resident Elizabeth Carolee Culbreath entered the wrong way on the 60 freeway taking the lives of six people, including her sister.

The horrific scene was a carnage of wrecked vehicles and bloody bodies strewn across the westbound Pomona freeway in Diamond Bar.

Alcohol was a factor in the wreck leading to charges of felony DUI and six manslaughter counts against Culbreath.

Reportedly, the 21-year-old had been celebrating the lifting of restrictions on her driver’s license stemming from a previous DUI conviction and a number of traffic violations.

As graduation season approaches, many teens in Boyle Heights are attending prom, grad night events and end of the school year parties, with many of them behind the wheel.

Although parents and educators stress safety, cases like Culbreath’s underline the importance of safety education.

This incident should serve as a wake-up call for young people who may be engaged in driving under the influence of drugs or alcohol.

It’s just not worth it.

Be responsible. Don’t let yourself get into a situation where you need to drive home in an impaired state of mind.

Drunken driving is not only dangerous, it is also against the law and underage drinking is of particular concern to law-enforcement officials.

Celebrants can call a taxi, a close friend or a relative for help.

Culbreath recently resurfaced in a court appearance to set her arraignment date where she was wheeled into the courtroom, handcuffed to her gurney and reportedly ridden with guilt.

She should be. What she did that day is inexcusable.

That night, Culbreath allegedly slammed head-on into a Ford Explorer carrying four Huntington Park family members at 100 mph, killing all occupants before bouncing off the SUV and into another car.

The driver of the second vehicle survived the crash. He was lucky. Her passengers, which included her 24-year-old sister, were not as lucky.

Culbreath was allowed to regain her driving privileges after a series of driving-related problems.

The question of why she had her license reinstated putting all California drivers in harm’s way is hard to avoid.

The flaws in the system are many, but the blame for this horrendous incident lies firmly on Culbreath’s shoulders.

What Culbreath was thinking that fateful night is uncertain. What is certain is that she has ruined her life, along with those of her victims, because she decided to drive under the influence of alcohol.

The DMV and the legal system must do a better job of keeping people like her off the road before a tragedy such as this destroys more lives.

It is time for DUI to be classified a felony on first offense. No second chances. If you’re caught driving drunk, you lose your license and go to jail, it’s as simple as that.

Additionally, the process for regaining driving privileges must be more extensive.

Maybe then it will be safe to drive California streets without the fear of having someone ruin our lives or the lives of a loved one.

Remember to be safe out there, and if you find yourself in a bad spot like Culbreath’s riders, do whatever it takes to stop them- there is no shame in that.