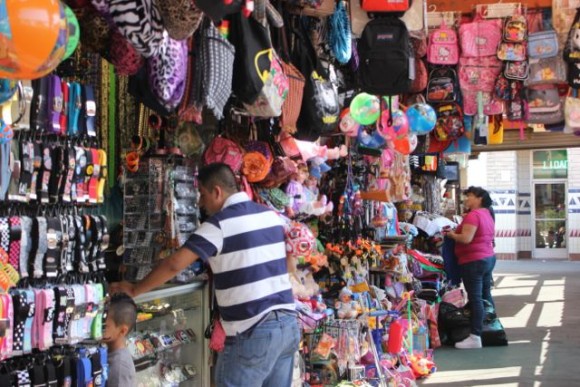 A new generation of owners at Boyle Heights’ “El Mercadito” would like to turn the once-popular market into “something that hipsters are into.”

That’s what owner Tony Rosado, 25, told the Los Angeles Times recently. In a story about the three-story establishment on 1st Street near Lorena –officially named El Mercado de Los Ángeles– Rosado said he would like to attract more tourists and plans to advertise in English to bring in customers from the Westside.

Rosado and his two sisters inherited “El Mercadito” from their father, who died in December. Pedro Rosado, an immigrant from Yucatán, arrived in Los Angeles in 1968 –the same year El Mercado de Los Ángeles was created. The elder Rosado worked as a janitor and truck driver and saved enough money to buy a stall in the market. By 1988 he was able to buy the whole thing.

In a 2013 story, the elder Rosado told Boyle Heights Beat reporter Melissa Martínez that he envisioned the business as a throwback to the markets in his native country. The stalls in the market sell everything 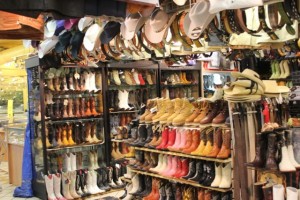 from cowboy boots and belts to a variety of moles and traditional candies. Mariachis play at the restaurants in the third floor, where the walls are covered with paintings that tell Mexico’s history.

“At the market you will find the history of Mexico, the culture of México and, of course, the language and food,” Pedro Rosado told BHB. He added then that his son and daughters were being trained to manage the establishment.

Today stall owners complain that business has dropped as much as 50%, especially on weekdays. The Rosado children are now looking at ways of expanding and adjusting the business to make it more attractive to Latinos of their generation. 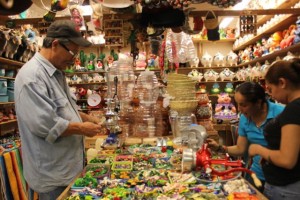 One possibility would be getting a full liquor license (the upstair restaurants only sell beer). Tony Rosado told the Times that he envisions the possibility of tequila tasting events and selling craft beer at a bar.

But eight years ago, neighbors objected when the elder Rosado announced plans to acquire a full liquor license and adding a dance floor and sports bar to the third floor. They said they feared added noise and traffic.

Tony Rosado said that his plans for El Mercadito are not too radical and that he would retain the business’ core.

“We’re going to try and evolve with the tastes of our customers, but at the same time stay true to our identity as an authentic Mexican place,” he told the Times.

All photos by Jonathan Olivares.