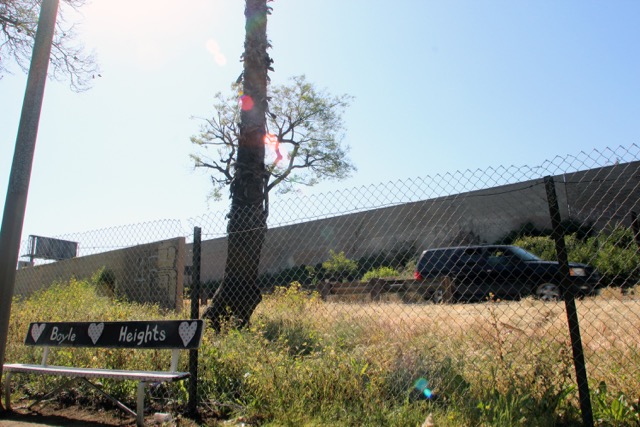 New air quality regulations aim to curb the stench from local animal processing plants that have long plagued Boyle Heights and the surrounding community. The South Coast Air Quality Management District (AQMD) Governing Board voted unanimously Friday to adopt a new set of measures that are meant to provide relief by forcing parts of these operations indoors, along with other provisions.

The odor of spoiled meat and animal carcasses is believed to be the source of headaches and respiratory irritation, the Los Angeles Times reports. Five animal rendering plants in Vernon are said to be the source of the smell. The facilities cook down road-kill and animal byproducts from slaughterhouses and disposes of them or prepares them to be used in pet food, cosmetics, and fertilizers.

Two weeks before Friday’s vote was taken during an AQMD board meeting in Diamond Bar, staffers from the state agency addressed Eastside residents at a Boyle Heights meeting organized by Councilman José Huízar to discuss the proposed change known as Rule Proposal 415 or RP 415. “Boyle Heights has unfairly endured more environmental pollution than most neighborhoods in the City and County. And for decades, the smell pollution from nearby rendering plants has been part of our reality as Boyle Heights’ residents,” said Huízar in a released statement. The councilman co-hosted the meeting with Father John Moretta at Resurrection Church during one of its regularly-scheduled Monday evening Neigborhood Watch meetings, on Oct. 23.

The Resurrection Church meeting included a question and answer session for residents to share their thoughts.  Residents were also be able to fill out official comment cards that were shared as part of the public record for the AQMD Governing Board November 3 meeting.

Huízar, who lives with his family in Boyle Heights, testified on behalf of the City Council at Friday’s board meeting. His letter in support of RP 415 was also entered into the record.

The rendering plants now have 90 days to meet new standards that include covering and washing out trucks and limiting the time that animal remains are left outside. They have over three years to get parts of their operations indoors. The rendering companies have previously pushed back, saying the regulations would force operations to shut down, result in hundreds of layoffs, and questioned if the rendering plants are the source of the odor which many residents complain about.