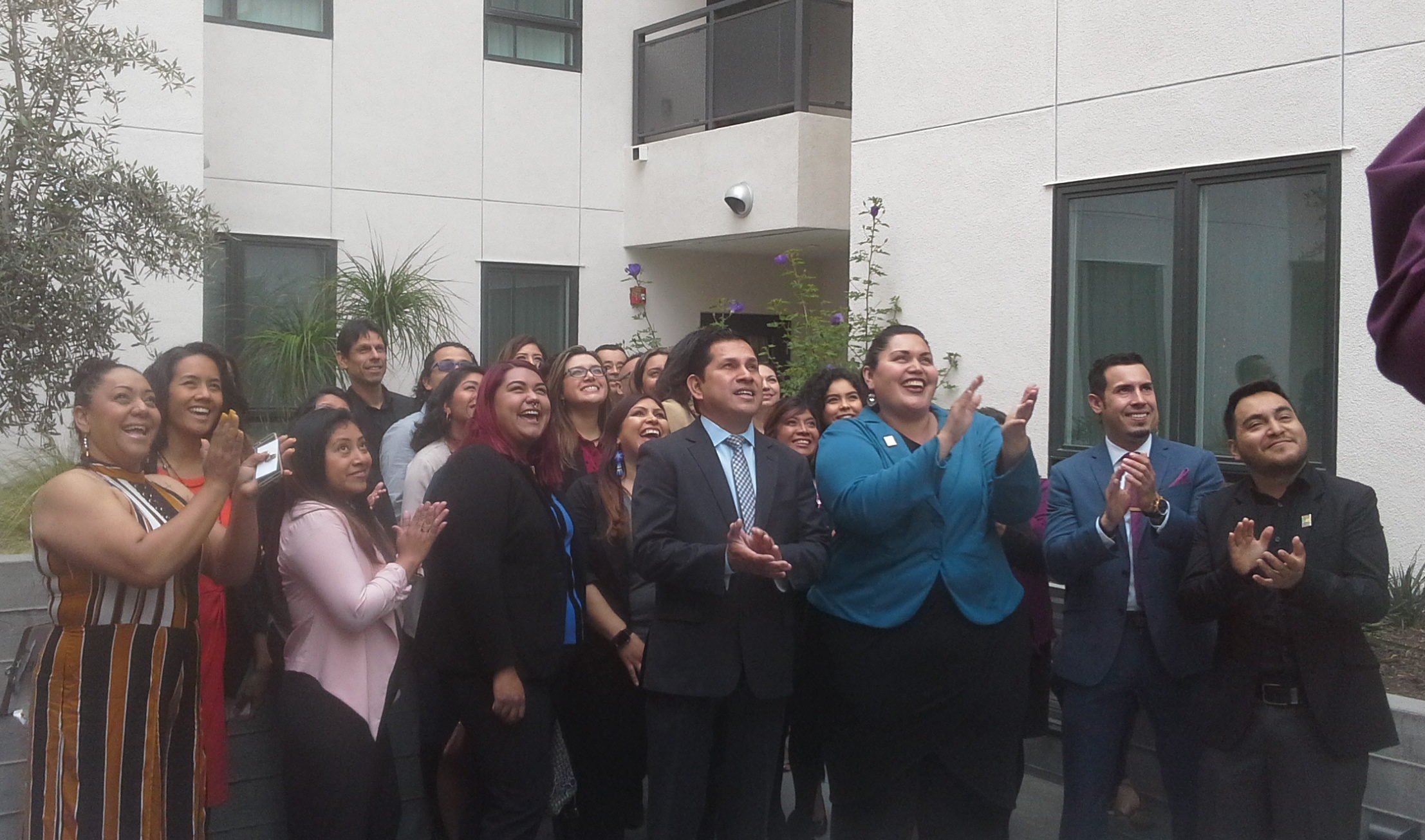 Standing at the podium, Martha Seva spoke about her journey as a former occupant at 2130 E. First St. and her return to the address that is now the new Cielito Lindo apartment complex. 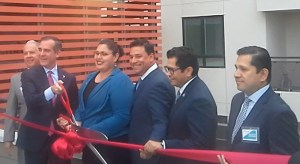 Speaking at last month’s grand opening, the mother of two recalled that a four-unit, two-story house previously sat at this location, where she was a tenant for seven years. Under the right of first return negotiated with developer East LA Community Corporation (ELACC), she now pays less for her apartment than the $1,000 monthly rent she was previously paying.

When Seva received a call regarding an available apartment, she was impressed by the contrast in what she was expecting versus what she saw. She said the apartment touted laundry facilities, a large kitchen and a spacious bedroom.  Amenities in the complex include a recreational playground, computer lab and a community room, where ELACC provides financial services such as credit counseling and access to free tax preparation. 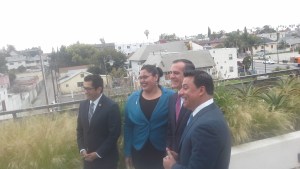 With the historic “Blue House” and Metro’s Soto Station as background across the street, the grand opening event kicked off with a ribbon-cutting ceremony on the building’s fourth floor patio, overlooking the Boyle Heights landscape and accessible only to residents and their guests.

That landscape is set to change over the coming years, with more development planned by ELACC for several parcels near the intersection of First and Soto Streets. The “Blue House” –actually the Victorian-era Peabody Warden home, which was moved across the street to clear the lot for Cielito Lindo– and the lot abutting Soto Station comprise a singular project still years away, as funding is still being located. The developer has said the Blue House will be preserved to serve as a community center and green space.

A second phase of Cielito Lindo, a 30-unit building, is set to be developed on parcels just East of the recently-opened complex. 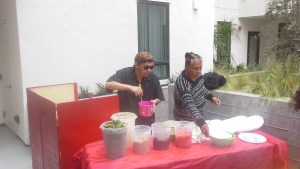 Seva is one of seven former tenants displaced by the construction that were able to move into Cielito Lindo. ELACC said the 50 families that occupy the complex make between $27,030 and $45,050 –which is between 30% and 50% of the Average Median Income in Los Angeles. The developer explained that Metro’s Transit Oriented Development & Measure HHH allowed the project to exceed the typical restrictions in the area for affordable housing units such as Cielito Lindo to exist.

Elected officials such as Congressman Jimmy Gomez, Mayor Eric Garcetti and Councilman José Huízar were applauded as they handed out an award of recognition to ELACC president Isela Gracián . Also attending were representatives from main lender Wells Fargo, which authorized $18.9 million in equity funds for the $21.8 million project,   and the state’s Department of Housing and Community Development.

Prior to commencing a tour of the facility –and the consumption of fresh crepes, being made and served in the playground adjacent to the balcony– awards of acknowledgment were handed out to Councilman Huizar, Supervisor Hilda Solís’ office, contractor Westport Construction, AMJ Construction Management, the California Community Foundation, Wells Fargo, Architect Ali Farrar, among others.

The tour led to a fourth story two-bedroom family unit.  The design of the unit was open, with the kitchen leading to the dining area and living room along the Eastern wall with no obstructions, giving a greater sense of size to the apartment.  The balcony facing North gave a peaceful view of Soto Street’s hillside. The master bedroom was situated between the smaller bedroom and the restroom, in the Northwest corner of the unit.

As the tour ended, the guide informed us of the unit’s central air and heating features, of the security, and that each apartment has a balcony.

All photos by Jason Gallegos.