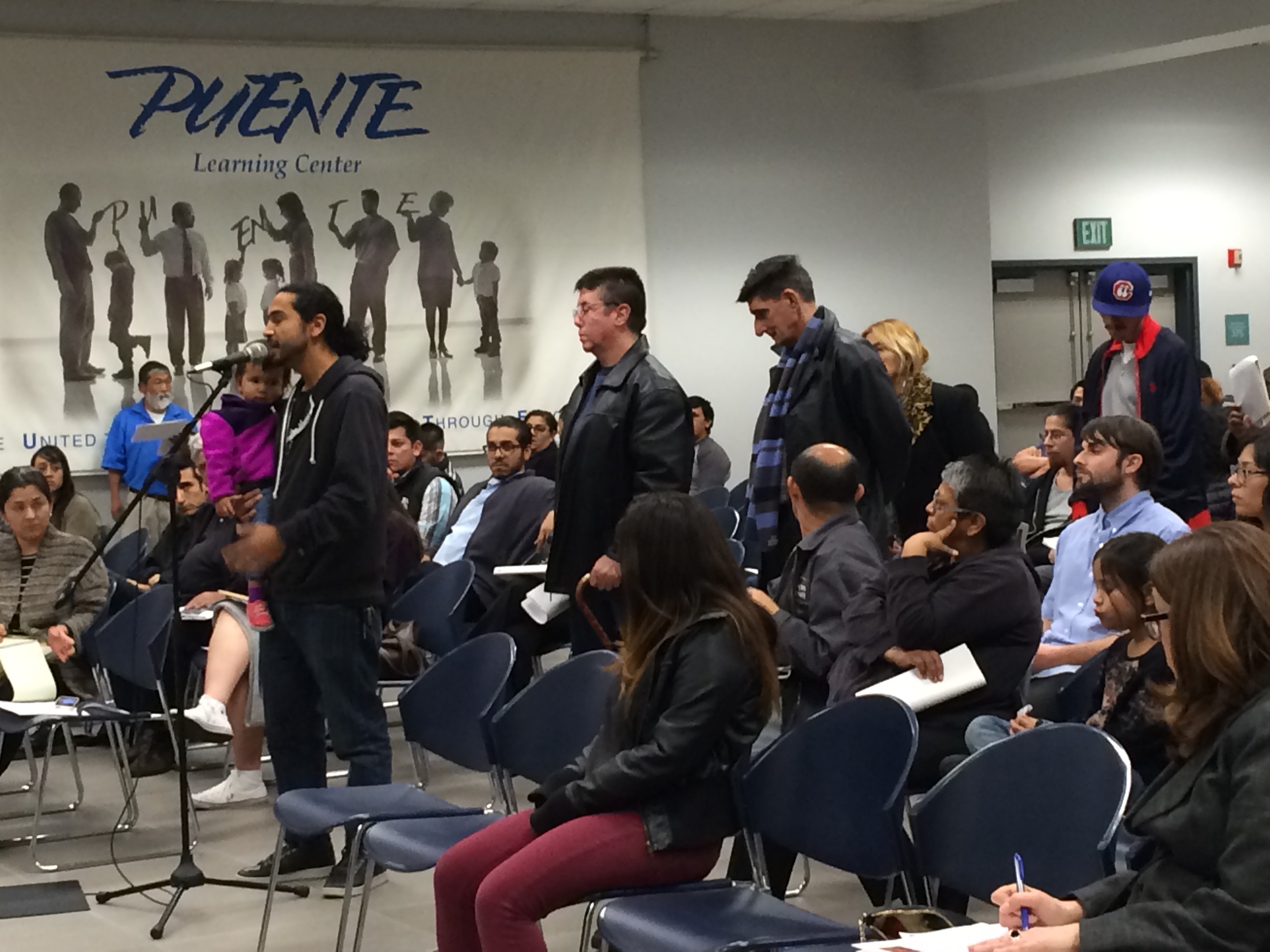 After hearing from an emotionally-charged crowd and admitting they missed a step in the development process, the Metropolitan Transportation Authority may have to start from scratch on its proposal to dramatically transform Mariachi Plaza in Boyle Heights.

At a heated public meeting Thursday evening at Puente Learning Center, Metro officials offered a chance for community members to share their concerns around three of the agency’s proposals for Boyle Heights. More than 200 people showed up; high school students, long-time residents, activists, business owners and community organizations all stepped up to the microphone to share their frustrations and alternatives for the proposals.

Jenna Hornstock, Metro’s deputy executive officer of countywide planning, began the meeting by saying, “I know you’re mad; we know you’re frustrated. We’ve heard you, and we’re here to hear you again tonight.” She explained the meeting was an effort to make up for their missteps in development guidelines and would be willing to go back to the drawing board, if they had to.

Last fall, Metro received a backlash from community members for being shut out of the planning process on proposals that involved Metro-owned land and private land. The most controversial of the proposals would bring a modern shopping center with an eight-story building, retail and parking facilities, a fitness center, and medical offices around the area of 1st and Boyle streets.

Two other developments include a parcel at the First and Soto streets Gold Line station with an affordable apartment complex and more than 16,000 square feet of retail space, and the Cesar Chavez and Soto development with 77 affordable family rental homes and an 8,000-square-foot commercial space. 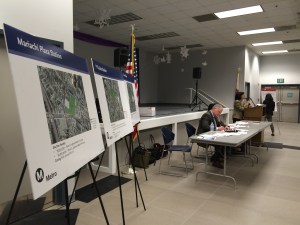 While those in attendance almost unanimously shared their opposition to the proposals, their reasons and ideas for alternatives varied. Some critics feared the developments would wipe away their neighborhood’s history and culture; others saw it as a sign of gentrification, saying the displacement of homes and small businesses would open the doors for more affluent residents and higher rents.

Many also complained of overcrowding in the region and said that adding new affordable housing units would increase the problem, and create more parking issues.

Resident Fanny Ortiz, who was once homeless, disagreed. She addressed the committee in favor of Metro’s plan to add more affordable housing in the area.

“Everyone has a right to live with dignity and unless you have a home, you can’t do that,” said Ortiz.

The single mother of five children, one with special needs, attributes her success in beating homelessness to the availability of low-income housing in Boyle Heights.

“It helped me regain my life,” said Ortiz, who was recently elected treasurer of the Boyle Heights Neighborhood Council.

Greg Angelo, Metro’s director of countywide planning and real estate, said the district is not done with the process, and that Metro plans to continue meeting with residents to find a plan the community can live with.

“This meeting was not out of character. We didn’t spend enough time with the community during the process to let them know what we were doing,” said Angelo.

He added that the committee is not going back to the Metro board unless there is support from the community for these projects.