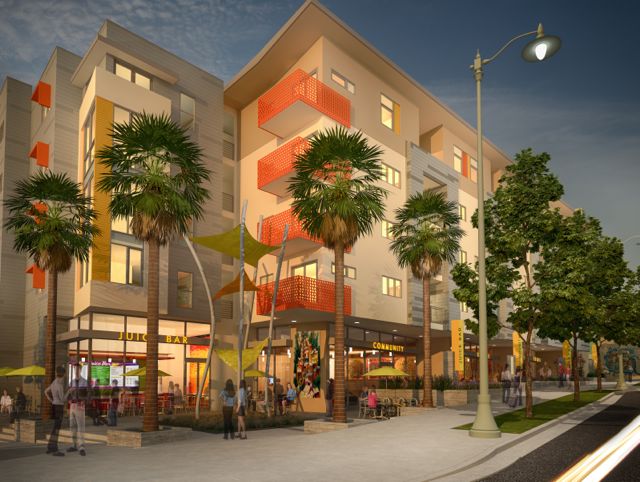 The Metro Board is moving forward with a slew of affordable housing projects in Boyle Heights, reports Streetblogs LA.

Affordable housing in the neighborhood has been a long and contentious process between developers and residents. Metro owns land on which developers want to build housing projects. At a board meeting last week, Metro approved several Exclusive Negotiated Agreements (ENA). They give developers extra time to plan and incorporate resident feedback by guaranteeing Metro only work with that selected developer.

In total, 191 affordable housing units are planned across the three locations. Metro staff will report back to the Board at the end of the negotiation period for each agreement.

Photo above: a rendering of Lorena Plaza development planned by A Community of Friends for the Corner of 1st Street and Soto.