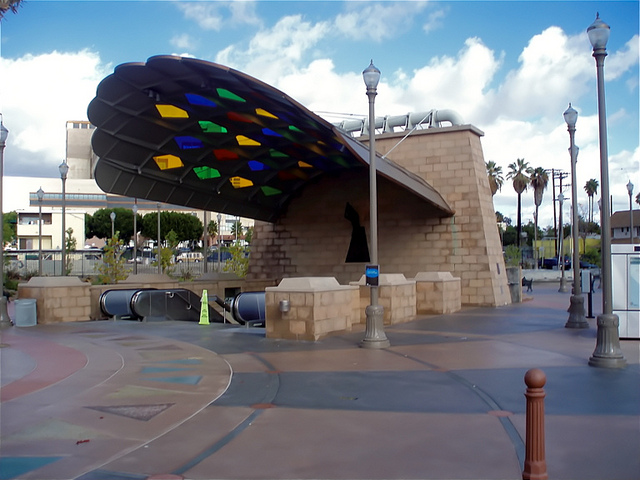 Metro is continuing talks to develop the land they own that’s next to the Mariachi Plaza Gold Line station. The discussion comes a year after a former plan to build retail and office space at the Plaza was scrapped.

Public outcry against that development forced Metro to go back to redesign their plans for a 120,000 square foot project for retail and medical offices.

KPCC reports that Metro hopes to start with a clean slate this time and want to hear what the community would like to see on the property. The Boyle Heights Beat previously reported that residents fear the development would wipe away their neighborhood’s history and culture; others say the displacement of homes and small businesses would open the doors for more affluent residents and higher rents.

Boyle Heights residents have clashed with developers recently as claims of gentrification have created a rift between residents and developers. Concerns of being forced out of the East Los Angeles neighborhood loom over any new project that could potentially raise renting prices or force local businesses out.