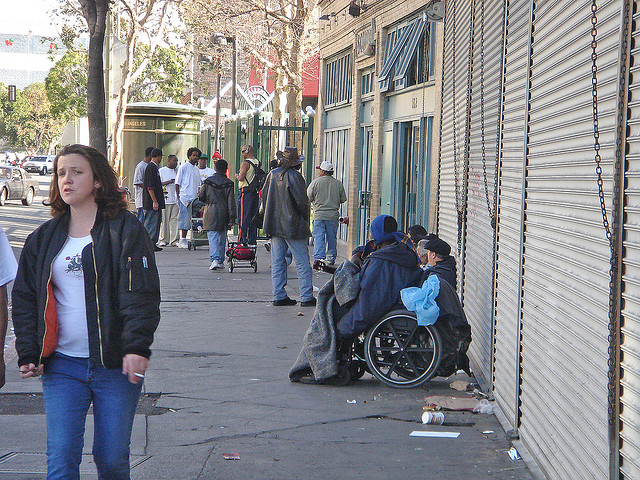 A lawsuit filed this month claims that White Memorial Medical Center in Boyle Heights improperly discharged a patient against his will and dropped him off at a rehabilitation center in South Los Angeles, reports the Los Angeles Times.

The complaint filed on behalf of Jesse Bravo alleges the 50-year-old man had his hands tied with plastic restraints when he was loaded into a van and dropped off outside the center, and that hospital personnel did not follow up to make sure he was admitted.

Bravo, who was being treated at White Memorial for schizophrenia, said he requested to be taken to his mother’s home in East Los Angeles when he was discharged on February 11, 2011. Instead, he ended up “homeless, cold and wandering the streets during which time he was attacked” before he was found by police in Skid Row two days later, as stated in the court documents.

The suit filed by Public Counsel, a pro-bono law firm, alleges elder abuse, false imprisonment and hospital negligence. “White Memorial has set a new low for hospital dumping. They took someone who was not homeless and made him a homeless man,” the firm’s president, Hernan D. Vera told the L.A. Times.

The lawsuit is being reviewed by the Los Angeles city attorney’s office.

A spokeswoman for the medical center told the Times that Bravo was competent and agreed to go to the center when he was discharged in February of 2011 and denied the “patient dumping” allegations. “We investigated this matter and determined that we followed all policies and procedures appropriately,” she said.

This is the latest allegation of patient dumping against a Southern California hospital. After several high profile cases, the Los Angeles City Council adopted protocols that require that city hospitals determine that a patient is mentally competent before they’re discharged and that they get their permission before dropping them off anywhere other than their home.

What has been your experience? Have you had anything like this happen to you or someone you know at White Memorial or any other area hospital?