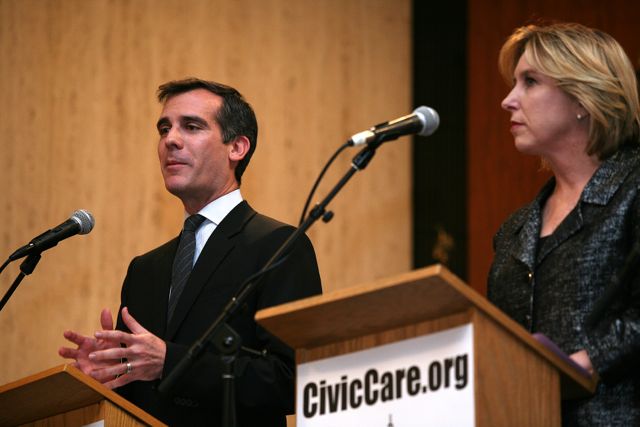 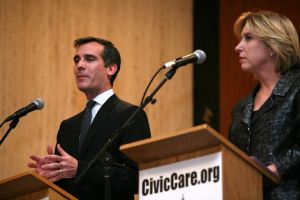 Early this morning, with all precincts reporting, Garcetti led Greuel with 54% to 46% of the votes.

“Thank you Los Angeles — the hard work begins but I am honored to lead this city for the next four years,” Garcetti tweeted Wednesday morning. “Let’s make this a great city again.”

In a released statement, outgoing Mayor Antonio Villaraigosa said Garcetti “would guide our city into its bright future. I know I am leaving Los Angeles in good hands.”

Only one in four voters turned out to vote in the nation’s second largest city, while mayoral candidates reportedly spent more than 30 million dollars on the race.

With the candidates’ common ground on policy, the race was less about the issues, and became a battleground over character.

Negative ads painted Greuel as the Department of Water and Power candidate and a supporter of former Governor Pete Wilson, while the Greuel campaign attacked Garcetti’s support of digital billboards and displacement of Latino families while revitalizing Hollywood.

Garcetti will take over as mayor on July 1.

Proposition D, one of three medical marijuana initiatives on the ballot, was passed with 63% of the voters choosing to cap the number of pot clinics to 135, far below the number currently operating. It also increases taxes on the dispensaries and sets limits about hours and distances from schools and parks.