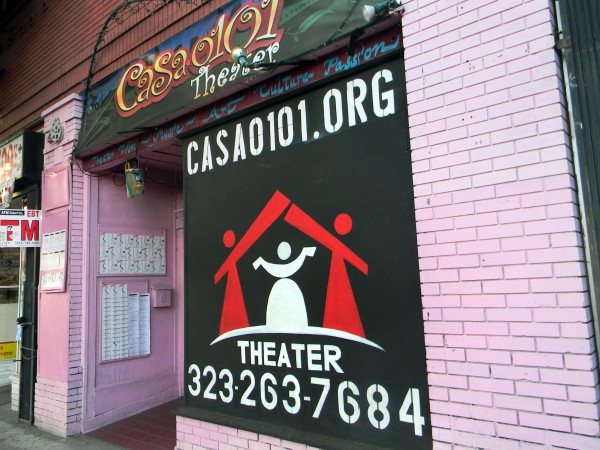 As a child growing up in Boyle Heights, Josefina López always wanted a place where she could enjoy theater, admire art, and study writing. That is why she founded Casa0101 in April 2000. “I created the kind of place I wished I would have had when I was growing up,” said López. 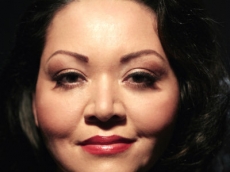 Giving back to Boyle Heights and inspiring people means everything to the award-winning playwright, poet and performer. To help Casa0101’s next step ”“ a major expansion ”“ López has risked her home, taking out a mortgage to help pay for the new space.

In September, 11 years after its founding, the tiny 55-seat theater will reopen across the street in a larger venue, nearly doubling its capacity and providing a space for other cultural activities, including an art gallery. López has been anticipating this project for years. “I dream of the day when we get to go: ‘’Wow, this is our cultural center. This is our theater, and powerful things are happening here!”

When López first founded Casa0101, her goal was “to nurture the future storytellers of Los Angeles,” giving a voice to Latinos, women, and other people who are underrepresented in theater and film. She did it by offering year-round theatrical productions and classes in dramatic writing and acting to youth and adults. She offers these classes at little or no charge to those who can’t afford them.

The new theater is scheduled to open with a 20th year anniversary production of her most successful play, Real Women Have Curves, which was later made into a movie.

Once Councilmember José Huízar saw the vibrant artist community growing, he sought help from Leo Estrada, a UCLA professor, and his urban planning class to conduct a community arts district plan. Last year, Huízar and the Metropolitan Transportation Authority also announced a $12 million project that will bring sidewalk, lighting, and streetscape improvements along First Street. Artists Revitalizing the Eastside (A.R.T.E.S.), a committee made up of community artists, serves as a local voice about the fledging art district’s future.

“Our vision is to have a lot more walking and bike riding activity on First Street with more public art,” said Huízar. The city will “work with the landlords to get more arts uses of those buildings.”

For López, seeing Boyle Heights become a Los Angeles arts destination would be a dream come true. Although she has numerous awards, is a published author, and has had her plays produced nationally more than 80 times, her priorities lie close to her community. She describes herself as feeling a “karmic debt” to Boyle Heights. That prompted her to bring theater here instead of fleeing problems that plague the neighborhood. “I want people to know there’s more (to Boyle Heights) than just gang violence,” she says. She is critical of those she describes as too quick to abandon what’s good here. “They take, they leave, and they don’t look back,” she says.

López says her conscience won’t rest until she does the right thing, and she encourages others to do the same.

“People do leave because they see all these bad things and they don’t want to improve the community, but I do,” says Blanca Melchor, an actress who serves on Casa0101’s marketing committee. “It’s my neighborhood. I’m not going to leave. I like that about Josefina, and she inspired me to think that way.”

Yet López’ desire to provide a creative outlet for those with little access far exceeds her aspiration to make money. She makes this clear when she says, “To do what is right, to stand up for a community, to speak for people”¦ it’s like taking a vow of poverty.”

Is there another artistic place in Boyle Heights that you would like us to profile? We also invite you to share your feelings about Casa0101’s role in the community.