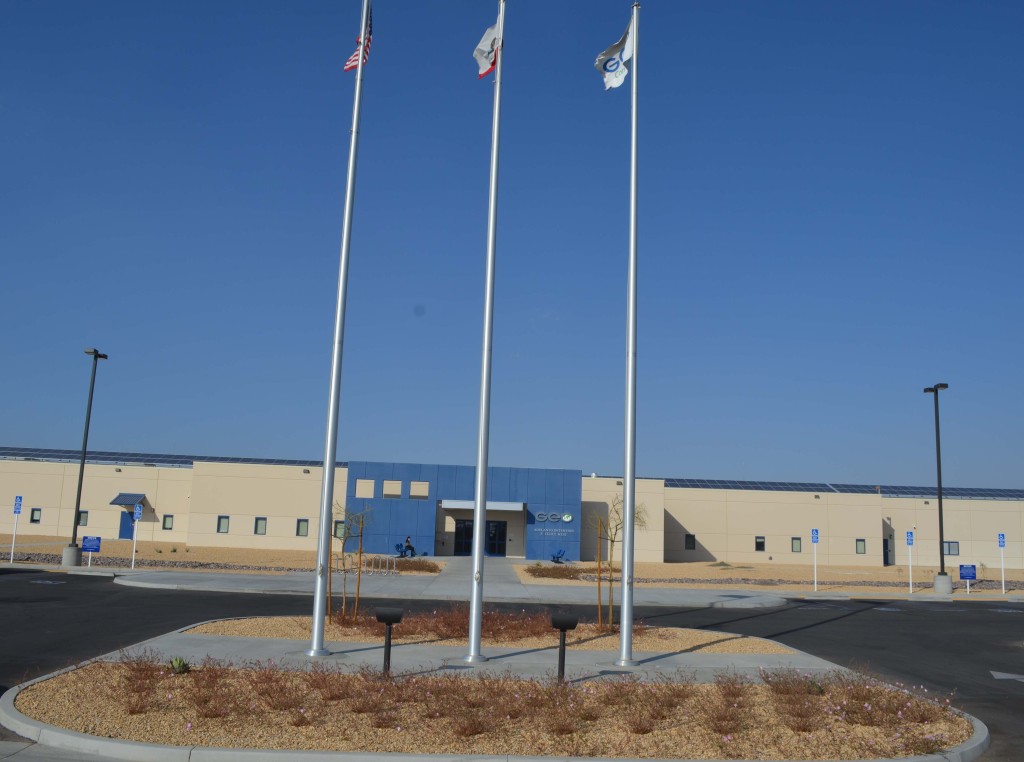 In 1995, there were 6,785 immigrants detained in detention centers nationwide. Over the next two decades, the number exploded, more than quadrupling to 34,000 as of 2013.

The boom of the detention network has its roots in the two biggest tragedies caused by terrorism on United States soil.  Two  federal laws were enacted as a response to the domestic terrorist attack by Timothy McVeigh to a federal building in Oklahoma City on April 19, 1995. The attack came two years after a bombing attack on the World Trade Center in New York by a group of men from Kuwait, Jordan, and Pakistan. Although McVeigh was American, the attack created a climate of fear and uncertainty in America. The new federal laws, among other things, created program 287g, which authorized local police to enforce immigration laws, and expanded mandatory detention.

(Explore a timeline with some of the most significant legislations for immigrant detention.)

Most Important Legal Precedents & Legislations for Detentions & Deportations on Dipity.

“Approximately 70% of people are detained today because of the mandatory detention,” Nieto said.

Then the September 11, 2001, terrorist attacks happened. That led to a wave of anti-immigrant sentiment in the country, and it also moved the immigration system under the control and responsibility of the Department of Homeland Security.

In 2005, Congress instituted what has become known as the “bed mandate”, which requires ICE to have 34,000 immigrants every day. Janet Napolitano, former secretary of DHS, told a House committee that the mandate was artificial and prevented ICE from being as effective as it could be, but Congress has continued to raise the mandate, hitting 34,000 in 2011. A 2010 report by the Immigration Policy Center concluded that 10% of people deported are legal immigrants and that the majority of them (68%) committed minor non-violent crimes.

Circumstances seemed to change when President Barack Obama took office for his second term, bolstered by the Latino vote.   It is now official federal policy for DHS officials to focus on deporting criminals, repeat immigration offenders and recent border crossers.   Homeland Security officials report that 98 percent of deportees in fiscal 2013 fell in those groups.

But immigration advocates challenge the official numbers, saying the mandate to fill 34,000 detention beds puts pressure on Homeland Security officials to cast a wider net ”“ especially at a time when new border crossings are falling. Of the roughly 400,000 people detained during 2013, 151,835 did not have a criminal conviction other than a traffic violation, according to ICE.  The annual cost to detain immigrants, regardless of their criminal record, totals more than $2 billion, according to a report by the National Immigration Forum.

According to a decision by the Supreme Court in 2001, immigrants have to be deported or freed in six months. However, many languish behind bars for more than a year, according to federal agents and immigration attorneys.

“In a normal situation, where they come in and see the judge, the average is 45 to 60 days (in detention),” said Roberto Naranjo, assistant field office director for ICE. “But that’s relative because there are many individuals who choose to fight their case and decide to appeal, and stay in the detention center until that decision is made. So it could be six months to a year and a half. But it depends until what point the individual detained wants to stop the appeal.”

Today, in spite of the sharp decrease in illegal immigration to the U.S., the fiscal deficit and the relaxation of immigration criteria for deportation, the U.S. has the biggest immigrant detention infrastructure in the world and there are plans to extend it more. Gradually, that enormous network for immigrants has become a bigger fraction of the even-bigger American prison system, which houses about 2.3 million people.

Watch the second part of our report.

Private detention centers on the rise

From 2002 to 2010 there was a 206% increase of ICE detainees in private centers, according to the agency. Profits and lobbying expenditures went up, too.

Both CCA and GEO had earnings of more than $1,200 million in 2010 and their CEO’s, Damon Hininger and George Zoley, respectively, made more than $3.4 million each that same year. CCA alone has spent more than $19 million alone on lobbying through 2013, according to the Sunlight Foundation.

The private sector has reaped many rewards from the expansion of the immigrant detention system. But the system’s growth has also given rise to concerning cases of abuse and neglect, complaints, criticism, lawsuits and dozens of deaths.

Carmen Iguina, an attorney with the ACLU of Southern California, says she frequently hears complaints about delays of weeks and even months for a detainee to see a doctor. When asked about this issue, ICE’s Naranjo said that detainees are seen within 24 to 48 hours after they make a request. However, detainees and advocates for immigrant rights said that the delays are habitual.

“It’s not that they are not competent, but that there aren’t enough medical resources,” said Iguina. “And many times the decisions are taken based on saving money and not the medical need.”

For Cristina Fialho — lawyer and co-founder of Community Initiatives for Visiting Immigrants in Confinement, a national coalition that makes more than 15,000 visits to detention centers annually — the growing influence of private corporations in the immigrant detention network creates an additional hurdle for oversight. Private detention companies are not subject to laws that promote transparency, such as the Freedom of Information Act, which require federal agencies to release files on investigations of misconduct or improper care as well as memos on internal decisions.

“I think it goes back to our ideals as Americans,” Fialho said. “If we are a country that prides itself on liberty, on basic fairness, on due process, but we’re not providing the most vulnerable people in our society with that level of fairness, of freedom, of medical care, then what kind of country are we? Are we not living up to our ideals as the United States?”

Although standards for immigrant detention have been updated to provide better conditions and services, today the 250 centers in the US operate under three different versions of ICE guidelines. The reason for that discrepancy is the contractual agreements signed over the years with different counties and states, some of which are binding to old standards and even renew automatically with those provisions. While the 2000 and 2008 guidelines, Fialho explained, only guarantee medical attention in case of emergencies, the 2011 version ensures medical services for “serious conditions.”

“The idea of what a serious medical condition is really up to interpretation,” said Fialho.

Although the complications that Fernando Dominguez Valdivia had in Adelanto before he died in 2012 were, for example, so serious that they resulted in his death, he was given medication and denied more medical attention until it was too late, according to his family.

According to a detainee from Adelanto with HIV, who asked to keep his identity anonymous for his safety, the attention provided at the center isn’t proper. He said his requests to see a doctor were ignored and that he doesn’t get psychological assistance. Ariel Alejandro Zeledón, a detainee with bipolar disorder, said that he sees a psychiatrist once a month and never gets to see a psychologist for counseling.

“They only want to know if you need medication,” said Zeledón.

When asked about these allegations, ICE responded both detainees have received comprehensive medical care since coming into their custody. Medical records indicate that the detainee with HIV had more than 25 appointments with healthcare personal in 2013 and also that mental professionals have been working closely with Zeledon to address concerns the detainee has about the dosages of his psychiatric medications.

A special series by the Reporting on Health Collaborative