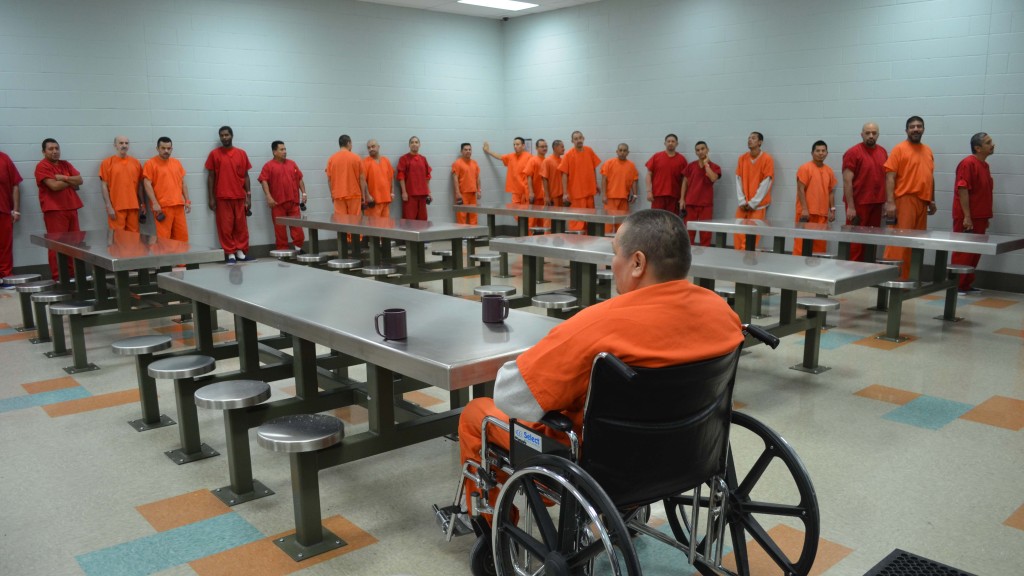 The cost to house an immigrant fluctuates between $122 and $164 daily, according to ICE.

Among some of the alternatives to detention that immigrant rights advocates propose are electronic monitoring bracelets, phone check-ups, or in-person visits. These options to massive incarceration would cost much less than the current practice and range in cost from 70 cents to $17 per day, according to a 2013 report by the Center for Victims of Torture.

The shift to fewer people in detention also would lessen the impact on families, including families with U.S.-born children, said Hiro Yoshikawa, professor of globalization and education at the University of New York, Steinhardt, and author of the book “Immigrants raising citizens: Undocumented parents and their children.”

“I’d say the economic impact is immediate. When a parent is detained or deported, the household loses that parent’s income and that can mean the entire income of a household or an enormous proportion, so that can immediately create economic hardships,” Yoshikawa said. “Also it creates immediate psychological stress and trauma, which can affect all the remaining adult and children in the family.”

In August 2009, ICE launched reform within the detention system, aiming to improve conditions and health services. Two of the most important steps to improve the detention system were the medical and mental screenings detainees get within 12 hours of admission and better translation and language access for detainees with limited English proficiency.

According to Virginia Kice, Western Region Communications Director for ICE, these reforms ultimately will address the majority of complains about the system. Other significant accomplishments of the reform include simplifying the process for detainees to receive authorized health care treatments and developing a medical classification system to support detainees with unique medical or mental health needs.

Roberto Naranjo, assistant field office director for ICE, said that there were two doctors, two psychiatrists and two psychologists working eight hours a day, five days a week at the Adelanto detention complex near Los Angeles. In case of emergencies, all detention centers have arrangements with nearby hospitals.

Fialho said that the changes in immigrant detention standards would have more impact if detention centers provided preventative care and other health care services and not just treatment for “serious conditions,” as required by law currently.

(Watch the final part of our report.)

Annabelle Sedano contributed to this report.

A special series by the Reporting on Health Collaborative