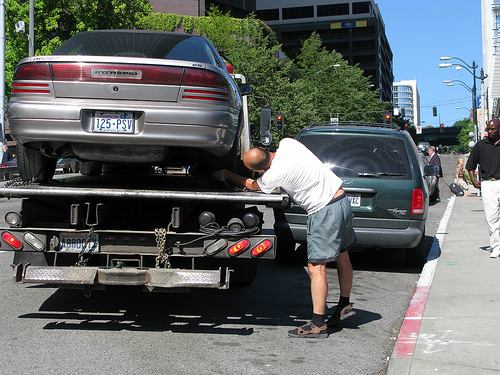 For more than a million undocumented immigrants who drive in California, the ordinary task of driving to work carries much more stress than just being stuck in traffic. What haunts them is the fear that comes with not having a driver’s license.

This fear will soon diminish. California Governor Jerry Brown signed AB60 into law in October, which will permit undocumented drivers to apply for a driver’s license through the Department of Motor Vehicles beginning no later than January 1, 2015.

Assemblyman Luis Alejo (D-Watsonville), introduced the bill, but similar legislation had been introduced many times by Gil Cedillo, a former state senator and assemblyman who grew up in Boyle Heights. Cedillo is now an L.A. city councilmember.

The new driver’s licenses will differ from regular ones. At the request of the Department of Homeland Security, AB60 requires that the driver’s licenses carry the notation “DP,” which stands for Driving Privilege. They can’t be used for federal identification purposes, such as boarding an airplane.

For many undocumented drivers in Los Angeles, driving to work can cut commuting time by half, compared with taking public transit. However, until recently, an unlicensed driver could have his car impounded for 30 days or more if he was stopped by a police officer.

Special Order 7
In response to community concerns about car impounds, LAPD Chief Charlie Beck issued Special Order 7 in February 2012, permitting unlicensed drivers to avoid having their cars impounded if they could provide proof of insurance and valid identification and had no prior misdemeanor convictions for driving without a license. Special Order 7 gave undocumented drivers in Los Angeles some relief until September 2013, when it was rescinded because of a lower court ruling. It was reinstated in October by a panel of a state appeals court, pending further court rulings.

Many undocumented drivers have had their cars impounded and have had to pay fines of up to $1,000 because they were stopped at DUI checkpoints.

Mónica, 36, is among many East Los Angeles residents for whom the new law is welcome news. Monica, who has been living in the United States for 20 years, asked that her last name remain private because she is undocumented, says she has been driving without a license for 12 years.

While she was never stopped at a DUI checkpoint, she knows people who have had their cars impounded, never to see them again.

Activists argue that police do not conduct their DUI checkpoints fairly. They feel they are targeting undocumented residents in migrant communities, not drunk drivers.

Checkpoints: pro and con
Carlos Montes, 65, an organizer in the Center Service Organization (CSO), is against DUI checkpoints. “They use the excuse of looking for drunk drivers, but in reality, they are looking for unlicensed drivers to impound their cars,” he said.

While some see DUI checkpoints as an inconvenience that costs time and money, others see them as worthwhile.

Ann Young, commanding officer of the Los Angeles Police Department’s Central Traffic Division, says DUI checkpoints are “a tremendous benefit to the community.” She said there had been a reduction in DUI- related incidents this year. “We are out there for safety, saving lives,” she says.

Even Mónica, who lives in fear of being stopped at a DUI checkpoint, can see some benefit to the community. “People under the influence are the danger while driving, not the people without licenses,” she says.

DUI checkpoints in Boyle Heights are publicized in advance, and members of the Southern California Immigration Coalition (SCIC) often warn drivers of a checkpoint ahead. Organizer John Pedro Morales, 33, said members hold up signs several blocks away so that drivers can have the option of avoiding the checkpoints.

With the passage of AB60, California joined nine other states, including Oregon, Nevada, Colorado and Vermont, that grant driver’s licenses to undocumented residents.

Mónica sees the new law as a life-changing opportunity. “It’s progress being able to drive without fear (and) having the confidence to drive legally,” she says.