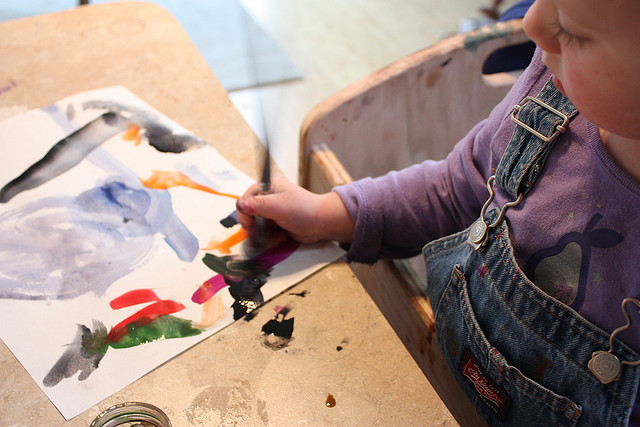 The Los Angeles Unified School District Board will vote on an updated fiscal stabilization plan today that would eliminate thousands of jobs and pose major cuts to adult education, early education, after-school and arts programs, among others. Although the board will consider this new worst-case scenario budget plan, the draft looks much like a previously proposed budget outline which received much opposition from teachers and students last month, reports the Daily News.

In the draft proposal, 24 adult education campuses would be closed, cutting more than 1,500 jobs and saving the district $134 million in the 2012-13 school year. Another $18 million would be slashed from early education programs, affecting almost 2,000 employees.

Librarians would lose jobs, too. Children would use an automated system to check out books, according to the draft outline. In addition more than 300 cafeteria staff would be let go. The high-profile Academic Decathlon and All District Honor Marching Band also would be affected.

Diana del Pozo Mora, a Boyle Heights mother and activist, likens the cuts to “closing the door” on a student’s opportunity to receive a complete education. “The kids are knocking for more arts opportunities, but it seems like the district is not answering,” said Mora. “The arts tap into both sides of the brain; any education that activates all parts of the brain is ideal.”

For arts education advocates like me, this is a major blow to the work we’ve been focusing on: making arts accessible to all.

The LAUSD Arts Education branch has been cut by over 70% in the past three years. The total elimination of the elementary arts program would close the 133-year elementary music program and the 13-year-old elementary dance, theatre and visual arts programs.

If these programs are eliminated, the responsibility for arts instruction, which is considered core curriculum by the state and federal governments, will fall entirely on classroom teachers.

The cuts will further exacerbate the inequality of arts education access districtwide. Private funds (such as those raised by PTAs) are currently used to bring in arts instruction but lower income communities do not have the same access to private funds as wealthier communities. This results in wealthier neighborhoods subsidizing arts instruction and lower-income neighborhoods going without those programs.

Abe Flores is a Boyle Heights resident and Advocacy Field Manager for Arts for LA, an arts education advocacy organization, where he leads advocacy workshops to create networks of arts advocates in L.A. County.

A version of this story was originally published in ArtsforLA.org