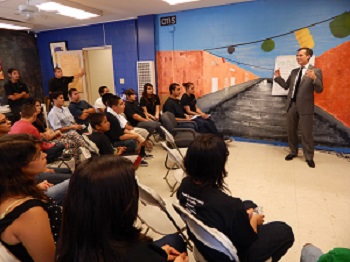 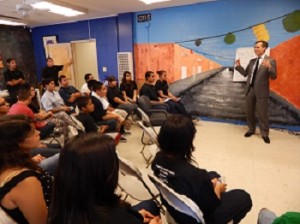 Operating through Ramona Gardens since 2007, this organization focuses on youth development due to the high risk of gang activity and violence in the area.

Garcetti took a tour of the former Hazard Park Armory, the non profit’s home, and listened to teens as Lucy Herrera, 20, and Jose Garcia, 17, along with others  listed wishes for the future of their neighborhood.

They asked for further funding for a community garden, café, college preparatory workshops, career training and their own van. 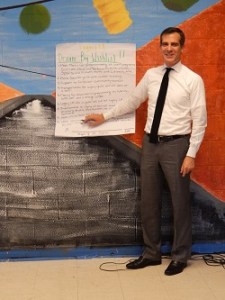 Visual and performing arts was at the top of their lists, as they wanted more classes/workshops targeting music, sports, fitness and the culinary arts.

Marlene Arazo, 17, spoke about her academic future, thanking Legacy LA for opening its doors to low-income youth, like her.

After a brief speech about his background and what Garcetti hopes for the youth of Los Angeles, the mayor agreed to their wish list and slapped his signature to confirm.