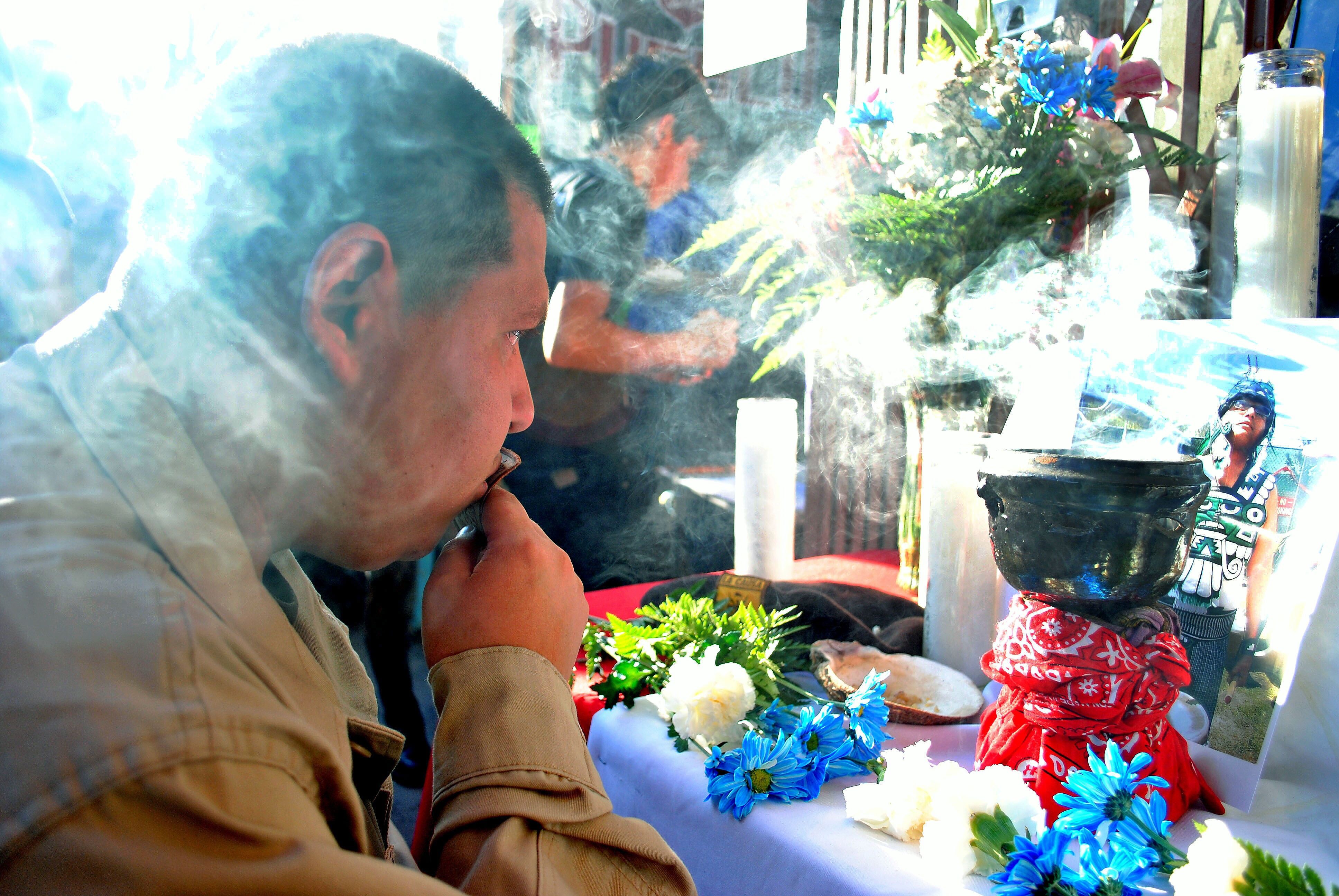 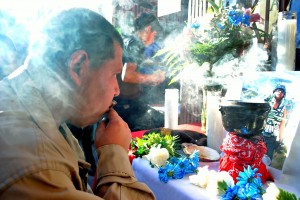 I would see him everyday when I came home from school walking down the street with his girlfriend or his friends. We shared friends, but I never knew Jose Lopez. Then, last month, the 19-year-old who lived in Boyle Heights died after a three-year battle with cancer.

Soon after his death, I attended an event in his honor to raise money for his funeral. A crowd of over 300 people poured out of Corazon Del Pueblo to show their support; bands played, people in the community sold food, and all this was for him. Two fundraisers raised about $4,000, nearly covering all funeral costs.

As I walked into Corazon Del Pueblo that night, questions about him began to overwhelm my thoughts. It was here, through his loved ones, that I began to understand why he was so loved and cherished. Their stories, their smiles and soft reverent laughs came every time they talked about him.
Lopez loved music, especially ska. He was an Aztec dancer and great at it too. His dedication for cultural dancing was so great that even in the midst of his sickness, he danced.

Lopez was a man who had passion for his culture, and a famous sense humor. As a member of the Brown Berets, he wasn’t one of those guys who had to try to be Chicano; he just had a natural flow of pride for who he was.

He could be described as a fire of optimism igniting the heart of those who were fond of him; thus he is an eternal fire for his optimism is his legacy.

He didn’t live life as if it were an obligation; rather, he tried to have as much fun as he could.

One of his many struggles was being undocumented. He didn’t see it as setback but rather as a chance to prove to himself and to move forward.

When his family was in need of financial support, he got a job. He knew his academic credits were low because of his three-year struggle with cancer, his endless nights at the hospital and the chemotherapy. He attended a community college to make up his credits, with the hope he would one day recover. Even at the last moment, when the cancer was consuming, and when a simple laugh was painful, it was he who made his friends laugh. Jose Lopez, you will be remembered. Rest in Peace.