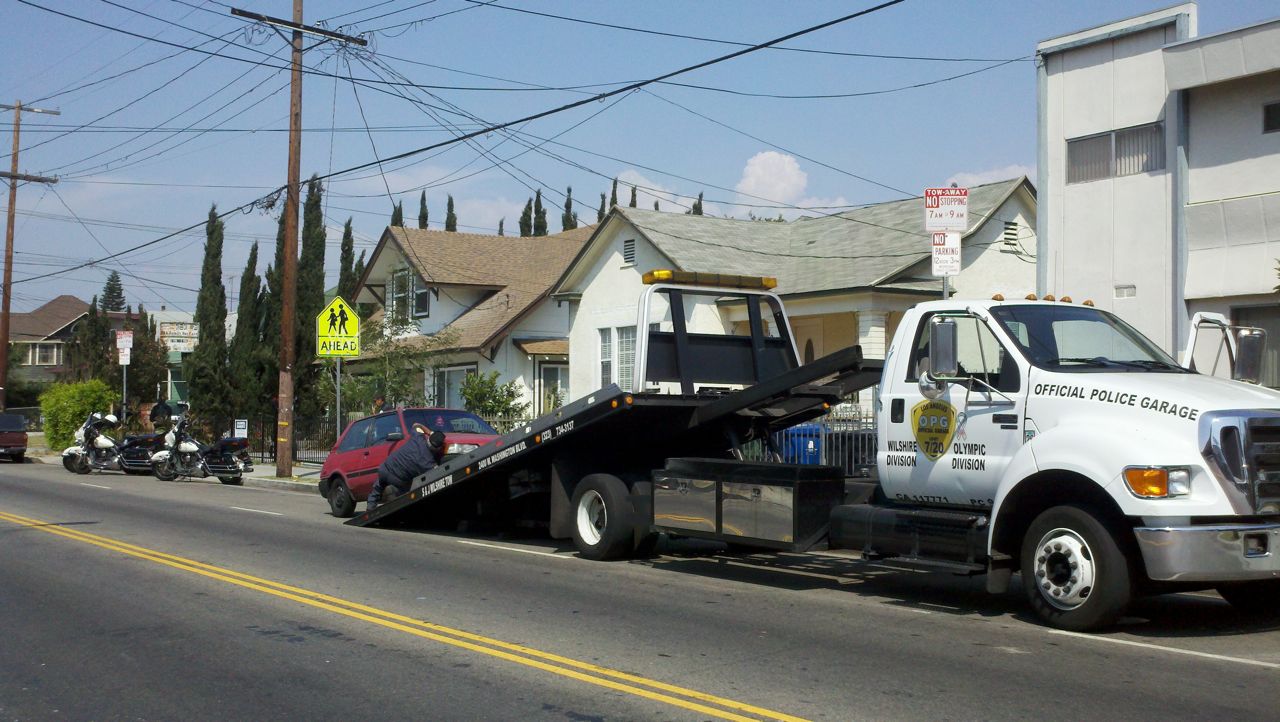 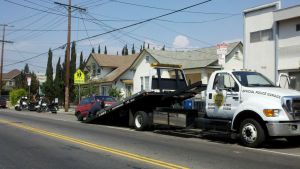 A car is impounded during a daytime "routine" checkpoint in Los Angeles./ Courtesy of La Opinion

Boyle Heights residents unable to get a driver’s license because of their immigration status will no longer face steep fines and the possibility of losing their automobiles when stopped at DUI checkpoints. A measure signed into law Sunday by Governor Jerry Brown restricts the ability of law enforcement agencies to impound vehicles driven by unlicensed but sober drivers at such checkpoints.

That came as welcome news in Boyle Heights where parishioners at Our Lady of Talpa celebrated word of the governor’s signature during last Sunday’s mass. The church is part of LA Voice, a group of faith-based organizations whose members participated in a grassroots campaign to encourage Brown to put his signature on AB 353.

“We were very pleased,” said Father Margarito Martínez. “This will offer a bit of tranquility to our families in the midst of all this economic hardship.”

“It was definitely a reason to celebrate,” said Alma Morales, an organizer with LA Voice. “It shows the power of the people when they organize to achieve something.”

The new legislation ”“ sponsored by Assemblyman Gil Cedillo, D-Los Angeles –goes into effect in January. It seeks to curb the seizure of cars during routine sobriety checks, which has been described as an increasingly profitable practice for local police departments and cash-strapped municipalities throughout the state.

An investigation by the Investigative Reporting Program at UC Berkeley and California Watch found that impounds at checkpoints in 2009 generated an estimated $40 million in towing fees and police fines; according to Cedillo, the City of Los Angeles alone made $100 million over the last five years from cars impounded at checkpoints.

Such checkpoints often end up in or near communities with large minority populations, and some activists claimed they unfairly targeted undocumented immigrants.

“The signing of AB 353 sends a message across the country that California is prepared to lead the country with a positive and productive vision for how we approach challenging issues related to immigration and vehicle safety,” said Cedillo in a statement released on Sunday.

Unlicensed drivers stopped at checkpoints usually receive a fine of about $150 and must pay vehicle and towing fees that can often exceed the value of the vehicle. Many undocumented drivers end up losing their cars as a result.

Father Martínez said his parishioners began complaining a few years ago when the Los Angeles Police Department increased its DUI checkpoints at major Boyle Heights intersections, such as the one at First and Soto Streets.

“Ours is a poor community,” said Martínez. “They came to us with these bills that they were unable to pay.” And, he added, in Los Angeles, “having a car is not a luxury, it’s a necessity.”

“We can’t listen to these people in need and simply say ‘pray to God,’” he added. “No, we have to seek help from those who can change policies and norms that are often times unjust.”

Martínez was among members of LA Voice that met with Los Angeles Police Department Chief Charlie Beck earlier this year to discuss concerns over a checkpoint policy that hit undocumented workers especially hard. In March, members of LA Voice joined Beck at a press conference where he announced the department’s new policy, to give unlicensed drivers an opportunity to try to find a licensed driver to take a vehicle before it is impounded.

The LAPD’s new policy, also adopted by a few California law enforcement agencies, now becomes state law. The new legislation also allows unlicensed drivers to bring a licensed driver to the impound yard and have their cars released then.

However, immigrant rights groups say that despite the new LAPD policy, the police still seize cars in “routine” checkpoints ”“ as opposed to DUI checkpoints ”“ and it is unclear if the new law will change that.

Not an end to DUI Checkpoints

And the passage of Cedillo’s bill hardly signals the end of DUI checkpoints in California. On Sunday Brown vetoed a bill that would have restricted the ability of local law enforcement agencies to set up such checkpoints. Under that vetoed bill, law enforcement agencies would have been required to announce the general location of checkpoints 48 hours in advance and the specific location two hours in advance. But that bill, AB 1389 by Assemblyman Michael Allen (D-Santa Rosa), faced opposition from groups such as Mothers Against Drunk Driving.

In his veto message Sunday, Brown wrote that announcing DUI checkpoint locations would allow drunk drivers to avoid detection. “While I understand there are concerns that some sobriety checkpoints are being operated improperly, this bill is far too restrictive on local law enforcement,” the governor said.

Father Martínez, of Our Lady of Talpa, said he and other activists agree with taking drunk drivers off California roads but disagree with the tactics of law enforcement agencies. That was the message relayed to local politicians invited last month to a community meeting at the Catholic Church to encourage parishioners to send letters and make phone calls to the governor’s office in support of the new law.

The action coincided with the Feast Day for the church patron. Today, victorious activists from the faith-based organization say they do not discount the power of divine intervention.

“On that day of Our Lady of Talpa we were asking her to move the Governor’s heart, as well as his pen,” recalled Father Martínez. “We believe that we have achieved what we have because of our actions, but also because of our faith.”