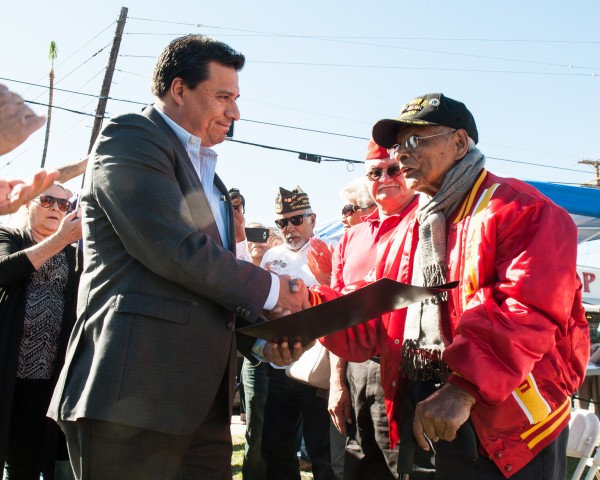 Gómez will face Robert Lee Ahn, a lawyer and Los Angeles Planning Commissioner,  in a June 6 runoff election to select who will represent most of Boyle Heights and the rest of the district in Congress.

On Friday Gómez released a statement by Huízar announcing the endorsement. “Jimmy and I work tirelessly to understand the needs of our constituents and deliver them results,” Huízar said in the statement posted on Gómez’s Facebook page. The statement notes that Huízar –whose council district includes Boyle Heights, downtown and various neighborhoods in Northeast LA –represents over 41% of the constituents in the 34th Congressional district.

Gómez and Ahn were the voters’ top two picks in last week’s special election to fill the Congressional seat. That narrowed the field of candidates down from 24 to two. Several Boyle Heights candidates ran but all fell short of receiving the votes needed to move on to the June runoff.

Huízar announced early on that he would not pursue Becerra’s vacant seat in Congress. Los Angeles Times reporter Christine Mai-Duc posted on Twitter saying that Huízar did not endorse any candidate leading up to last week’s election.