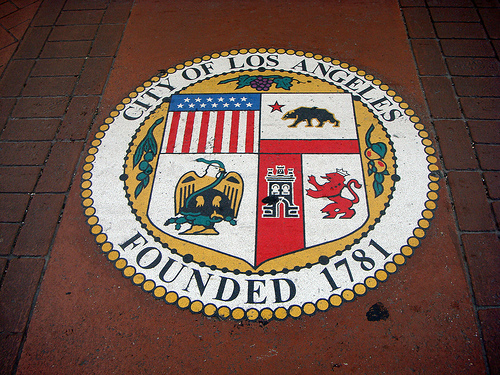 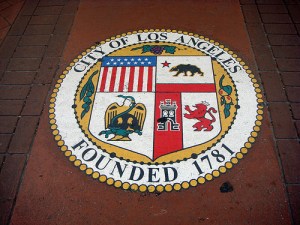 The mayoral forum, staged at the University of Southern California’s Bovard Auditorium last Saturday, opened the summit that was designed to demystify government, according to L.A. County Supervisor Mark Ridley-Thomas who opened the proceedings.

More than 1,200 people filled the seats to view the five candidates as they answered questions submitted online prior to the event.

Responses to the gun control issue elicited the greatest reaction from the crowd as each candidate expressed support for new strategies to deal with the issue–especially on school grounds.

James, who strongly supported gun control legislation, suggested the implementation of a school marshal solution to gun violence patterned after the air marshal program in use on airlines where an undercover law-enforcement officer is present on flights.

He offered that a designated school administrator or faculty member could be trained and licensed to carry a firearm on school grounds to help prevent future incidents like those at Sandy Hook Elementary last December.

Pleitez argued that the solution to the gun control issue lies at the source; firearm manufacturers who, according to Pleitez, contribute to groups such as the National Rifle Association to lobby against gun control legislation.

He went on to say that he had lost many friends while growing up as a child in the south and east Los Angeles neighborhoods he called home, including his best friend in middle school.

“I grew up in a neighborhood where gun violence was common,” said Pleitez, adding that not much has changed in that neighborhood since then.

Perry also voiced her support for gun control legislation, which she called “a no-brainer.”

“I’ve seen way too many families hurt by gun violence,” she said. She also said that she continues to support the divestment in companies that produce guns and ammunition, a motion she introduced herself.

Greuel recommended the continuation of intervention programs to deal with gun violence, especially in the area of gang-related incidents, and supported cooperation with law-enforcement agencies.

Garcetti said that for the last 10 years he has lived in a neighborhood where he sometimes wakes up to gunfire and cited several incidents of gun violence there including a 16-year-old girl with no gang affiliation, a 21-year-old church deacon and a 14-year-old boy, all gunned down within the last three years.

“We‘ve got to get ammunition out of people’s hands, not just guns,” said Garcetti.

Education funding proved to be another hot topic as the candidates voiced their ideas on how to increase funding, especially in the arts.

Garcetti said he had recently visited a middle school in Boyle Heights where he learned that new musical instruments would be unused next year because of budgetary issues.

He added that school administrators said the funding they do have must be used to help improve math and English performance at the school.

“As mayor, I will restore arts as the heart and soul of Los Angeles,” he said.

On the homeless issue, Greuel stood on her record of working with former L.A. Mayor, the late Tom Bradley, on transitional housing for the homeless decades ago.

“I’d like to take the transitional out of transitional housing for the homeless,” said Greuel, adding that the focus should be on permanent housing programs.

The forum was moderated by Brad Pomerance, former television host and news anchor, and was preceded by an address by USC President Max Nikias.