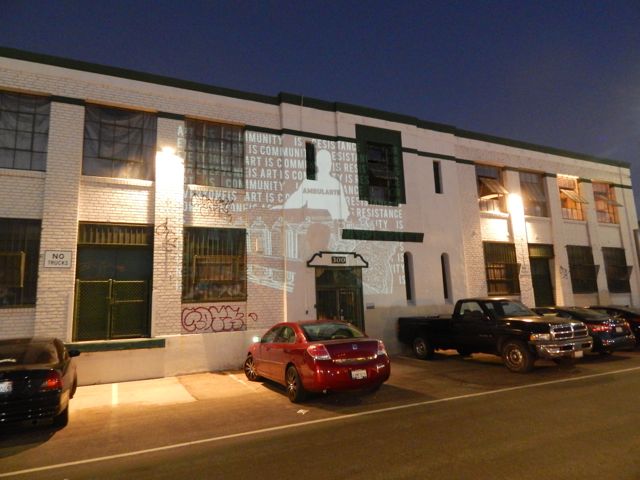 Some Boyle Heights residents say a growing art gallery scene is gentrifying the neighborhood and forcing families to move. The Los Angeles Times reports that a New York gallery will open a branch in Boyle Heights on Boyle Avenue. Franklin Parrasch gallery will join other art spaces on the riverside like 356 Mission, Venus and Maccarone and will be across the Los Angeles River from a cluster of other downtown art spaces. 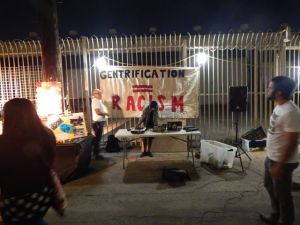 Maccarone objecting to the neighborhood changes. The protest took the form of a mobile art exhibit, titled “Ambularte”.

One student tells Hyper Allergic that neighborhood culture should be preserved and that the shift raises rents, displacing longtime residents. Franklin Parrasch tells the LA Times that his business partner had been in L.A. with clients and artists and that the new gallery comes from those relationships.

Franklin Parrasch will open in Boyle Heights in January.

Photo above: A poster is projected onto the Maccarone art gallery on Boyle Avenue as part of Ambularte. Photos by Antonio Mejías-Rentas

An altar for gentrified spaces.