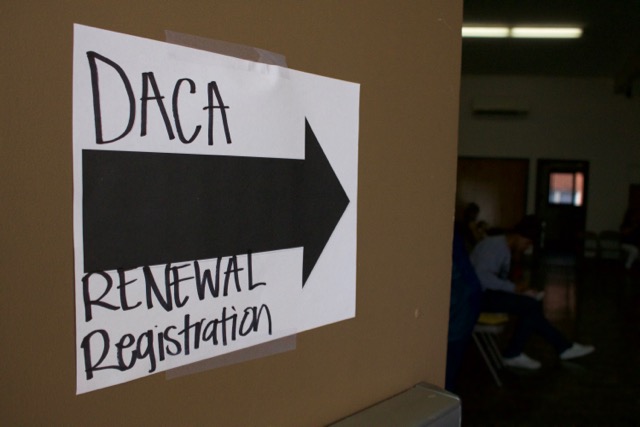 A federal judge ordered the government Tuesday to keep in place protections from deportation granted to young undocumented immigrants and –in the latest and biggest setback to the Trump administration’s immigration policy– resume applications for the Obama-era DACA program.

U.S. District Judge John D. Bates  said the government’s decision to rescind the Deferred Action for Childhood Arrivals (DACA) program was based on the “virtually unexplained” grounds that the program was unlawful. The judge stayed his ruling for 90 days, however, giving the Department of Homeland Security a chance to explain its decision for canceling it.

If the government fails to do so, it must continue to renew applications as well as process new ones.

Tuesday’s was the third ruling in recent months against Trump’s decision to rescind DACA. In January, a judge in San Francisco ordered the government to reinstate the program originated by President Obama in 2012, which also allows nearly 700,000 recipients to work legally in the United States.

But the ruling by Bates is the first to require Homeland Security to accept new applications. If the ruling stands, thousands are expected to apply.

On Tuesday the Trump administration said it was reviewing the decision and that it would “vigorously defend its position” that the DACA program is unlawful.

As news of the decision circulated Tuesdays, national immigrants’ rights organizations warned potential new applicants to “stay tuned” for new information, as new applications could not be processed for another 90 days.

This is everything you should know about the DACA ruling yesterday! Stay tuned for any updates!