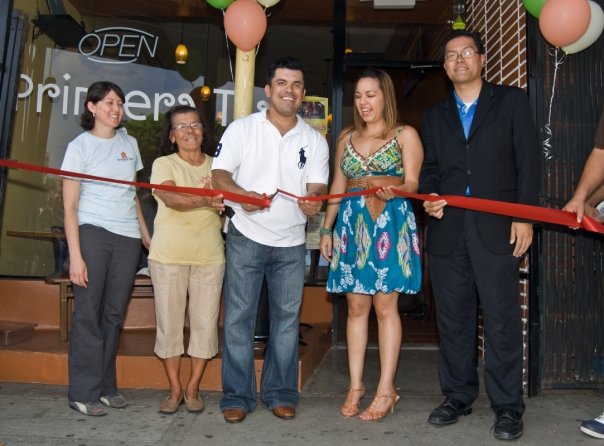 Boyle Heights Beat:   What are some of your plans for economic development, and how do you plan on incorporating Boyle Heights into your bigger plan to revitalize the L.A. economy?

Garcetti: Economic development is my number one goal as mayor. Because I think everything else is possible when people are working, and businesses are open. When you all can graduate and get jobs, you can pay taxes, and then we can see streets get paved and firefighters and police officers be hired.

So, I’m trying not to do too many things as mayor and keep very focused. Jumpstarting our economy is my number one priority.   There’s a focus I’m going to bring on youth jobs in the summer.   Boyle Heights is one of the communities we will focus on. There used to be a time where if you wanted a summer job, we figured out a way to provide you one and you learned about how to dress professionally, do an interview, get a resume together, show up for work”” all those skills that you can take into any job.

Last year, 10,000 young Angelinos came to try to get a job with the City of L.A. Summer Jobs program- sorry, 10,000 more young people showed up than we had jobs for. In Watts almost 600 students showed up for 92 jobs. That means we had to turn away more than 500 people who wanted to work. So a good economy starts with all of you first.

Second, I want to put an emphasis in the classroom on skills to get hired. Even in tough economic times, it’s not that there’s not jobs. For instance, in Silicon Beach- mostly in West L.A. but there’s some downtown– there’s all these digital information companies that are starting in L.A.   I talked to a lot of the CEO’s and presidents of those companies and they say, “We don’t have enough computer programmers.”   If you learn computer coding in high school, in the classroom, you can graduate even without a college degree and start a job at $70K a year.   They would hire you right now. They need them. So they’re hiring people out of the city or state.

In the old days, you took shop classes and became a mechanic or get a factory job. Now you need to know computer coding so you can get a job in a digital start-up.   So, I want to emphasize that in the classroom as well.