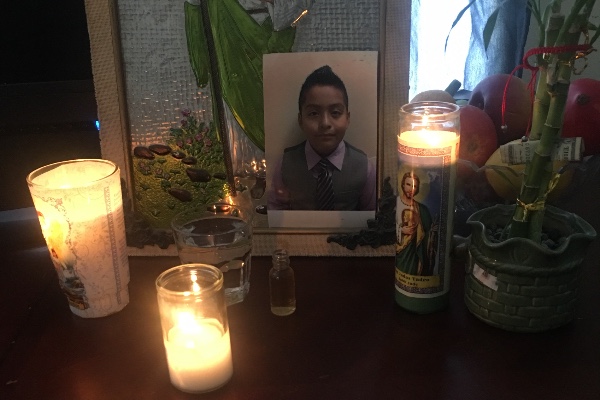 A 14-year old boy shot and killed by Los Angeles police will be laid to rest tomorrow at his funeral.

Jesse Romero was shot on Aug. 9 during a foot pursuit between him and police. They were responding to reports of graffiti taggers in Boyle Heights and Romero ran when officers arrived. Police say they heard a gunshot and that’s when officers fired, hitting Romero. A gun was recovered at the scene.

KPCC reports two narratives have since emerged; one painting Romero as a criminal and another as a victim. Photos of Romero throwing gang signs have since been posted on social media with accusations that he was a criminal. Others, including his mother, tell KPCC that Romero was a ‘good boy’ and didn’t do anything violent.

Residents and activists have called on LAPD to release the body camera footage of the incident. Some say there are conflicting reports of what happened that led up to the shooting.

A gofundme page has been set up to raise funds for tomorrow’s funeral.