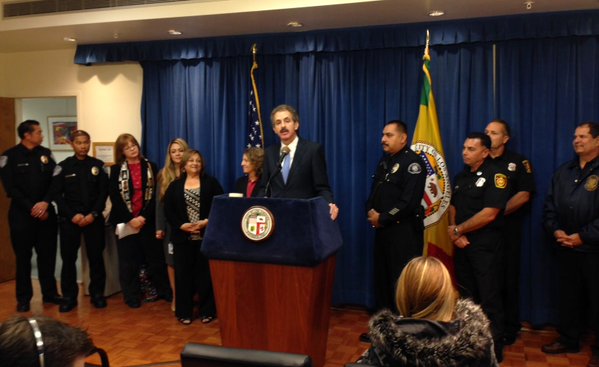 Four out of five Boyle Heights businesses facing charges for illegally disposing of toxic chemicals are clustered in a small industrial zone near homes and restaurants, including a jewelry maker that was convicted in 2008 for similar charges.

Los Angeles City Attorney Mike Feuer announced Friday that the jeweler and four metal plating businesses in Boyle Heights face charges for “various alleged environmental violations that pose a threat to public health and safety,” according to a press release.

The most serious charges are faced by jewelry business Nature’s Design and its owner Carlos Leong, accused of illegally disposing a container of potassium cyanide in a trash receptacle within the building. If that chemical comes into contact with any acid it could create a lethal gas, the city attorney’s office warned. 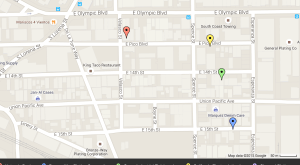 The jewelry company and three of the plating companies charged are within a six-block radius in a small Boyle Heights industrial zone south of Olympic Boulevard, near the Estrada Courts residential complex, various popular restaurants and food trucks and a supermarket.

A fifth alleged violator is on the Northeast edge of Boyle Heights, near the 5 Freeway and the USC Health Campus.

The other charged businesses are:

The business and owner Benyamin Mikhaelfard were each charged with illegal storage of hazardous waste for over 90 days and failure to label hazardous waste containers Each count carries a maximum penalty of six months in jail and a $1,000 fine.

Owner John Grana was charged with seven environmental violations, including failure to label waste. The violations have a potential maximum penalty of six months in jail and $1,000 fine.

Owner John Grana, 56, was charged with seven environmental violations, including hazardous waste containers located outside  and subject to storm water runoff. Each count carries a maximum penalty of six months in  jail and a $1,000 fine.

The corporation and three of its officers –president Ethel Louise Bokelman, vice president Ray Bokelman and General Manager Ernesto Carmona–  were each charged with five environmental and fire code violations. Each count carries a maximum penalty of six months jail and a $1,000 fine.

The charges were the result of CalEPA’s Environmental Justice Compliance and Enforcement initiative, which the state agency created two year’s ago to investigate polluters in underserved communities.

According to KPCC, Feuer said that Boyle Heights residents were instrumental in bringing the companies to investigators’ attention. “The order of events began with meeting with community members,” he told the station.