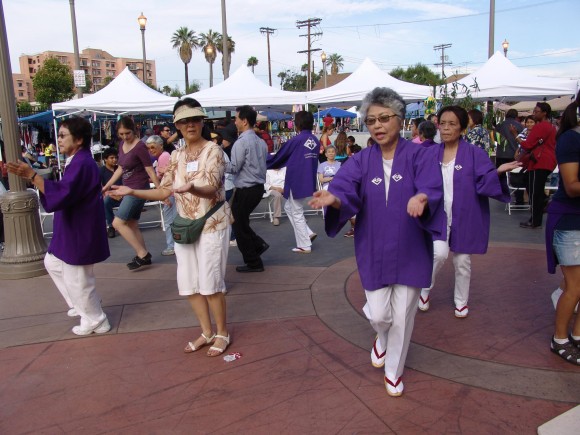 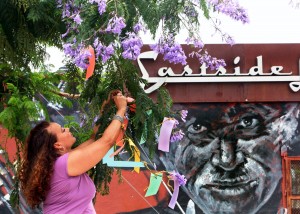 The community of Boyle Heights on Friday will highlight its Japanese cultural roots, but not ignoring its dominant Latino culture. It won’t be unusual to find expressions that mix both artistic cultures such as the presentation of a Japanese mariachi at the Tanabata Festival to be held this afternoon.

“The cultural richness of Boyle Heights is not limited to a single culture. Here, there is a strong influence of the Jewish, Armenian, Japanese, and of course, the American. But above all it’s built on a perspective of the immigrant community of Los Angeles,” said Malissa Strong, co-founder of the festival and former president of the Boyle Heights Historical Society, the organization responsible for this event.

Only A Bridge Away is the name of the event, also led by the Little Tokyo Historical Society, which focuses on research and discovery of historical resources of the Little Tokyo community in Los Angeles. The festival seeks the relationship between Japanese culture and the mixture of cultures from Boyle Heights, and stresses that both communities are separated by a bridge: the First Street bridge that connects Little Tokyo and Boyle Heights.

The tradition of Tanabata or Star Festival, is based on an Asian legend celebrating the meeting of two stars in the universe made on the seventh day of the seventh month, once a year. “With these festivities we seek to integrate cultural reach Japanese traditions with other cultures in Boyle Heights,” said the festival coordinator. “We believe this will enrich the members of this community to appreciate the cultural richness that exists in the place they live,” he added.

The festivities will begin after 3 pm at Mariachi Plaza, at First Street and Boyle Avenue, with a photo exhibit, storytelling for children, Japanese mariachi, live entertainment and more.

*From the event: Update by community contributor Gus Ugalde, Photos by Erik Sarni

The Japanese mariachi performs for the crowd. / Photo by Erik Sarni

“The collaboration between these two cultures is good to see,” said Tak Suzuki, who was born at City View Hospital originally located in Boyle Heights.

“Life in L.A. is a salad bowl in terms of diversity and ethnicity, especially on 1st St”¦. [It] cuts through the civic center, Little Tokyo and Boyle Heights. It goes all the way through the city.”