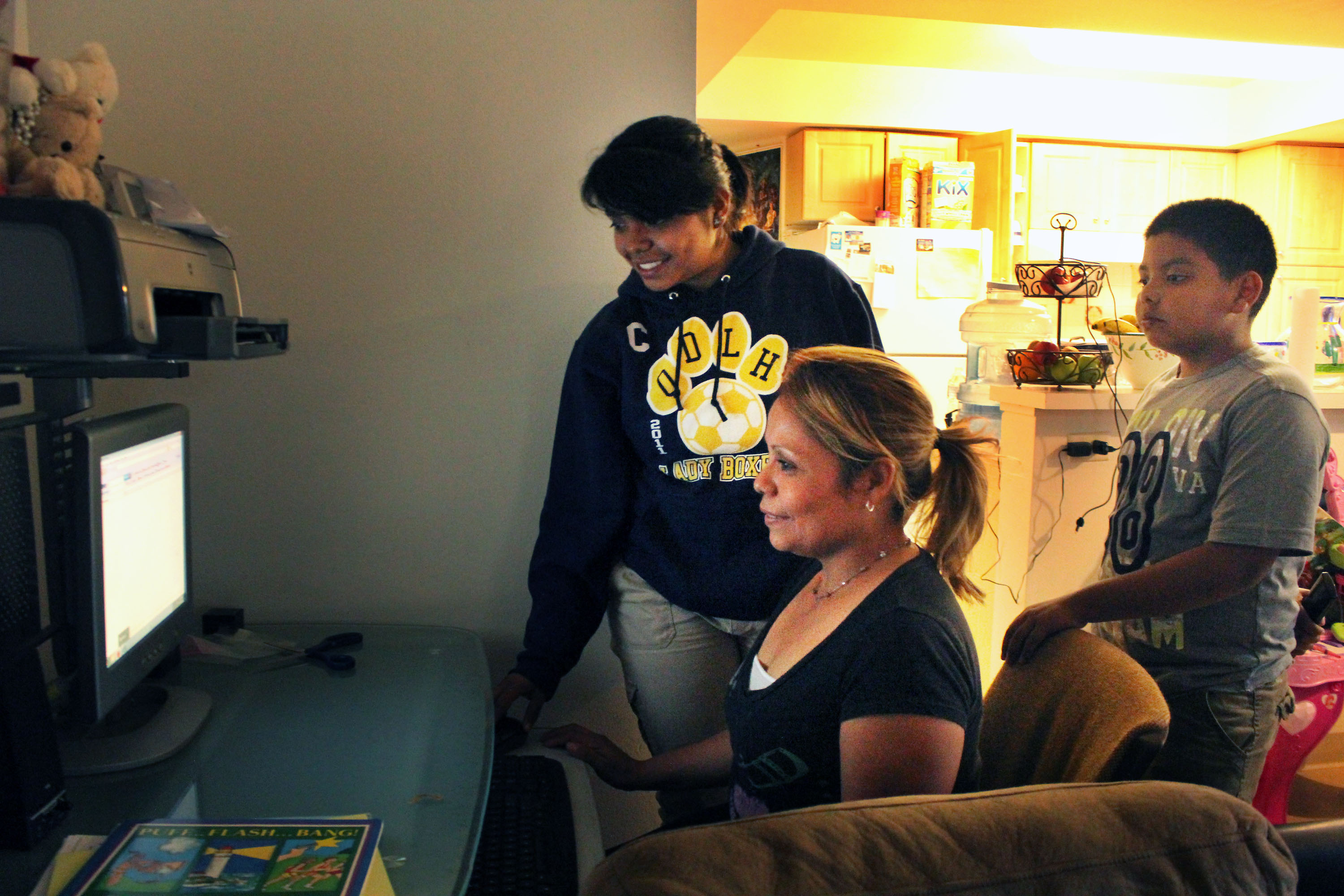 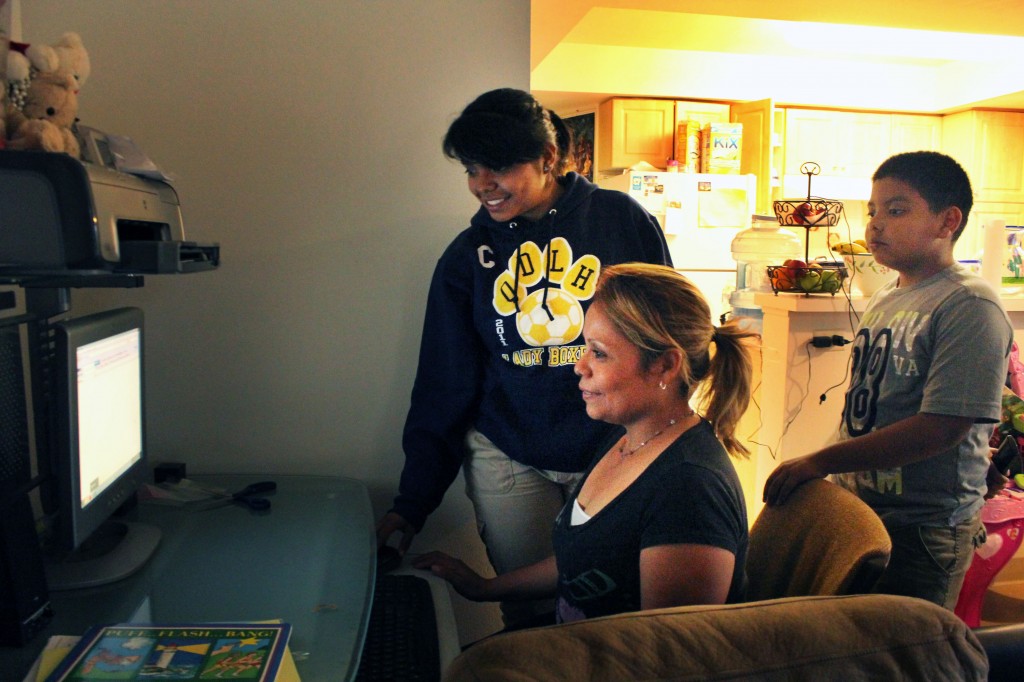 The small living room in Yesenia Juárez’s home in Boyle Heights is tidy, except for a pile of books, family photos and a 10-year-old computer resting on a desk.

Juárez, 39, clears the desk. “Let’s see if it turns on,” she says, looking for the power button. The computer has not worked in months.

Although Juárez is a newcomer to technology, her four children depend on it. For now, using a computer at school or the local library has to suffice until the family can afford a new one.
Technology has created a generation gap in Boyle Heights. Many adults are left behind as their children gain digital literacy at school.

The proportion of Latino households in California with a broadband connection nearly doubled between 2007 and 2011, according to a 2011 survey by the California Emerging Technology Fund. But it still lags behind white households, 72 percent of which have broadband connections. Progress is slowest for Spanish-speaking Latinos, with 55 percent of them lacking broadband access at home, compared with 14 percent of English-speaking Latinos.

This digital divide isolates poor, immigrant communities from economic and educational opportunities that the Internet and technology skills can bring.

Juárez, a single mother of four, immigrated from México 15 years ago and grew up without a TV or a computer. She’s noticed how much technology affects her children’s lives. They used to rely on the now broken computer to research homework and surf the Internet. “I tell them they’re hypnotized because they spend all their time on there.”

Mastering new skills
When the computer worked, Juárez used to ask her children to help her check her horoscope on the Internet. But she recently began to see that computers can be used for much more. In February, she began taking computer classes at Pueblo del Sol Community Service Center after she got laid off from her job as a hotel housekeeper. She’s learned how to create and send emails, how to organize a power point presentation, and how to copy and paste in documents.

“I think it’s good that she’s learning. She hates relying on us,” said Juárez’s daughter, Veronica Alaniz, 17, a junior at Oscar de la Hoya Charter School. Since the family computer broke, Alaniz goes to community centers to use the Internet.
Juárez says that learning computer skills isn’t easy with only a fourth-grade education and limited English. But she hopes her new skills will help her get a better job.
People without computer skills “miss many of the advancements that we have in society,” says Ariel Coro, a Latino technology analyst and author of “El Salto,” a manual on how Latinos can take advantage of technological advances. The digital divide has the power to “slow us down,” adds Coro. Education is the only solution, he says.
Stevenson Middle School hosts the School2Home program for students and their parents. Funded by the California Emerging Technology Fund, it aims to close the achievement gap and the digital divide in low-income communities.

Computers for all
In 2009, Stevenson was one of two schools that shared a $1.5 million three-year grant, which it used to buy $400 portable computers for each student to take to and from school, hold parent workshops in computer literacy, and train teachers.

Parents go to a six-hour computer program, and students attend three two-hour workshops, after which they each receive a netbook, an inexpensive laptop. At their sessions, parents learn how to check their child’s academic progress and communicate online with teachers.

“Parent participation is key to each student’s success,” said Pamela Stiles, the School2Home technology coach.
Stiles says that about 80 percent of the parents in the program only speak Spanish, so most workshops are held in Spanish. Most parents have no previous experience with computers.

“Most parents have a 6th grade education, don’t know what it takes for their child to get to college, and don’t know how important it is to have access to technology and to use that as a form of communication,” said Stiles.
Juárez continues to take computer classes to try to get a better job, preferably one that does not involve manual labor. When she does get a new job, she says one of her first priorities is to buy a new computer.