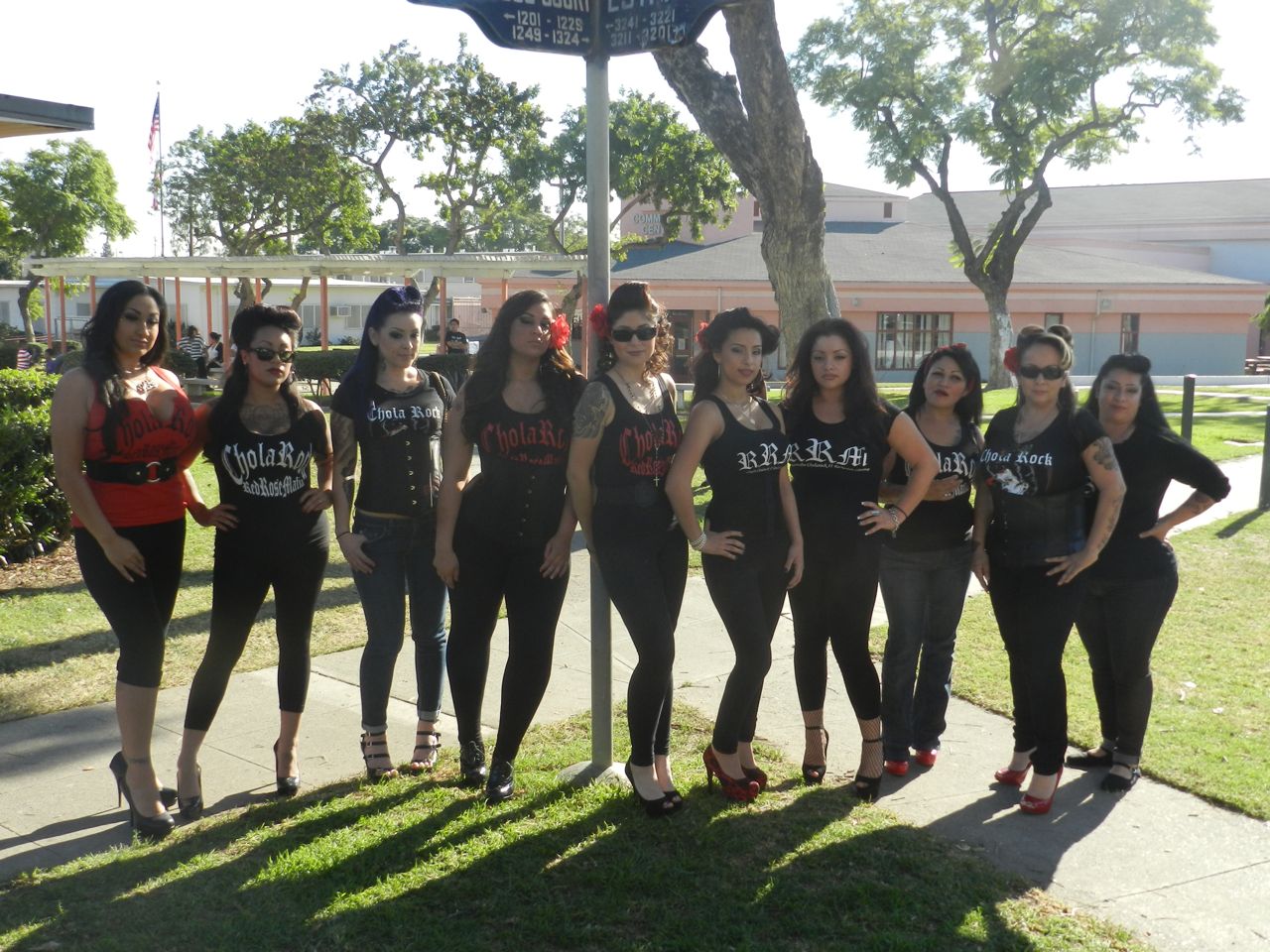 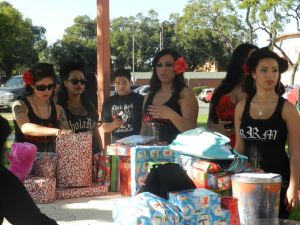 This holiday season tattooed women in high heels and red lipstick took over Santa’s job and handed out gifts to families in Boyle Heights.

A group of about 20 women who call themselves the Red Rose Mafia visited the Estrada Courts housing projects on Saturday and handed out toys to children, backpacks to teenagers, and turkey dinners to parents. Although children might have expected Santa, families welcomed the surprise.

“They came to my house and asked me if I wanted some gifts for my kids”¦they were really nice,” said mother of three, Laura Estrada.

The Red Rose Mafia (RRM) was founded by CEO Adela “La Jefa” Crosby six years ago. The group participates in modeling and magazine work for their clothing line, but they are also an international organization that promotes activism and raises awareness on issues like domestic violence, cancer and other diseases.

“We are a worldwide sisterhood and we give back to our communities”¦interacting with our communities [and] being role models for the new generation,” Crosby said proudly.

The organization was started, says Crosby, to reach out to struggling families because she was part of one. “I was a single mother”¦lost custody of my son because I was working three jobs. I was at the lowest point in my life and I needed support so I started reaching out to women…formed a small group and it just grew from there.” 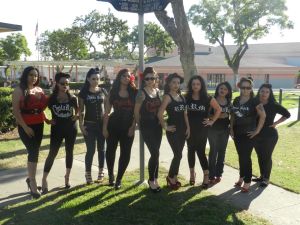 The tight black outfits, overdone hair, piercings and tattoos may throw off people at first impression, but Cybil Suza, 32, who has been part of the RRM for about a year and works as a tattoo artist, explains to Boyle Heights Beat why they look that the way they do.

“We have girls that have no tattoos to girls that are fully tattooed. Some people may think that it’s a little crazy but I think that helps us gets us a little attention, then they try to get to know what we’re about,” said Suza.